Noah Syndegaard Gets Destroyed By Mike Francesa In Twitter Beef 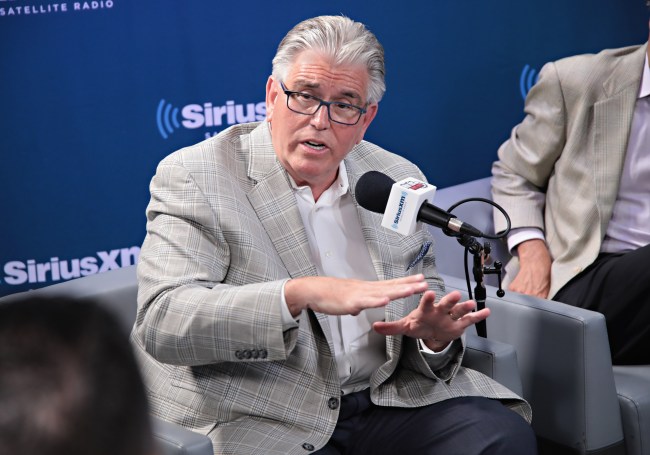 Just when you thought the Noah Syndergaard era in New York was over, we got one more hilarious chapter of the story. With “Thor” on his way out of town, Mike Francesa decided to take the opportunity to remind him that he looked more like Donald Blake for much of his Mets tenure.

Syndergaard decided not to re-up with the New York Mets and instead signed a 1 year, $21 million deal with the Los Angeles Angels. Francesa seized this moment to take a parting shot at Syndergaard on his way out the door.

The Mets are better off without Syndergaard. In case you haven't noticed, they have been without him for years.

Syndergaard didn’t take too kindly to this remark and decided to fire back by noting his lack of awareness about Francesa’s continued existence.

I feel like this is where Syndergaard already starts taking an L. As somebody who grew up as a sports fan in New Jersey, I can tell you that if Mike Francesa were to die, anybody in the tri-state area who remotely follows sports would know about it.

Francesa showed no mercy with his response and Surtur wasn’t coming to bail “Thor” out this time around.

I competed every day for 35 years (and won) in my chosen profession in the greatest city in the world. Noah whined and ran away.

I guess Noah Syndergaard has never watched “The Wire” or he’d know, that if you come at the king, you best not miss. Syndegaard came for the king of New York and missed big time.