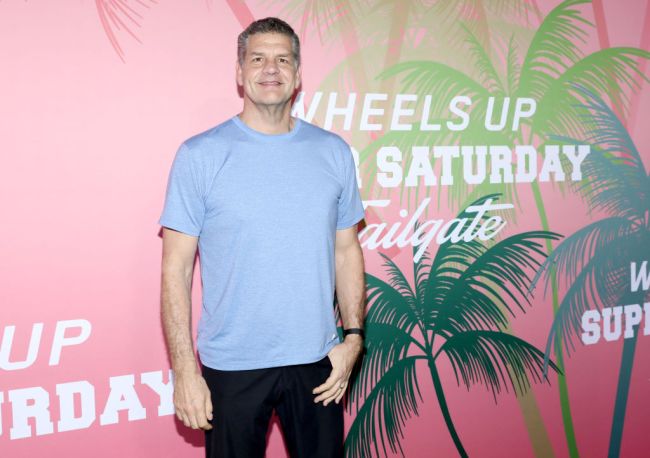 Mike Golic has spent 22 years with ESPN, but Tuesday marked his final day at the ESPN offices in Bristol, Conn. While he’ll still announce two more bowl games for the network, December 22 really marked the end of an era.

Golic took to Twitter to express his feelings about his final day at the offices of the Worldwide Leader in Sports.

“I’ve made many friends through the years and have had many great experiences, but what seemed most fitting to me was the last person I saw when I left, it was my sone, Mike, and while he and Chiney are stars on the rise, I can honestly say my most enjoyable years were sharing a mic with him and sharing my family with all of you,” Golic wrote on Twitter.

Weird day this Dec. 22nd. While I still have Alamo bowl and Fiesta bowl on my ESPN schedule, I was at ESPN today for the last time. There have been many changes since it became my work home in Oct. of 1998. Some good, some not so good. I’ve made many friends through 1/3

and sharing my family with all of You!!! To those who listened and watched for so many years, THANK YOU, I’m not done, this just closes a chapter, I look forward to what’s next. This picture feels like the only one I want to leave you with.3/3 pic.twitter.com/qKFigT0TCr

ESPN announced a number of changes set to be made to its radio lineup in July of 2020. One of the most significant changes was ‘Golic & Wingo’ being replaced by a new show. Since that announcement was made, many people at ESPN have paid tribute to Golic including his good friend Mike Greenberg who spent 17 years alongside Golic on ‘Mike & Mike.’

Golic’s final stint on ESPN radio came on July 31 and his entire family joined him on the set of ‘Golic & Wingo.’ Mike Golic Jr. grabbed the mic during the final segment and delivered an extremely emotional farewell to his old man.

Both Golic and Greenberg were inducted into the NAB Broadcasting Hall of Fame in April of 2016.