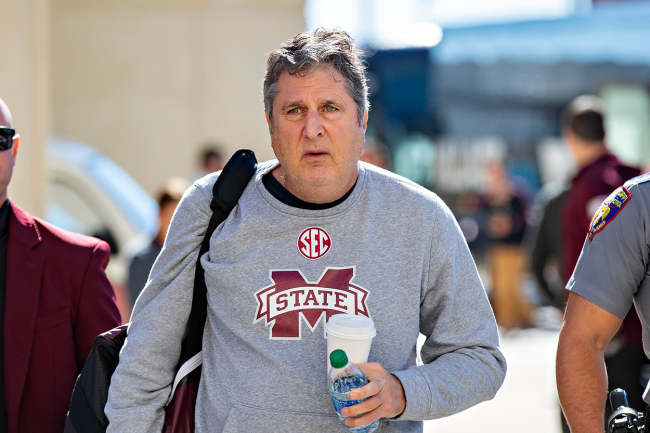 Anytime that the 60-year-old gets in front of a camera, something crazy is about to happen. That is certainly the case in a recent viral Cameo video.

If you are unfamiliar, Cameo is an online video service that allows celebrities to sell personalized messages to anyone who is willing to pay the set price. The platform is often used for birthday shoutouts, graduation announcements, and things of that nature.

One college football fan recently decided to request a personalized message for his friend, a Texas fan, from Leach. It is pure gold.

In the video, Leach does not hold back on the Longhorns. He talks smack about the team’s record from a year ago, jokes about their loss to Kansas and even makes reference to Michael Crabtree’s catch in 2008 that lifted Leach’s Texas Tech Red Raiders over Texas.

The person who requested the video also mentioned that whenever his friend is in attendance at a Texas game, the Longhorns lose. In turn, Leach invites him to attend every Mississippi State against Texas once they join the SEC.

He even says that he can get him popcorn, hot dogs, or some beverages. It’s hilarious.

The entire video is a trip. From start to finish, Leach delivers one of his all-time great rants. The delivery is perfect, the angle in which he holds the camera is perfect, and the message is more than.