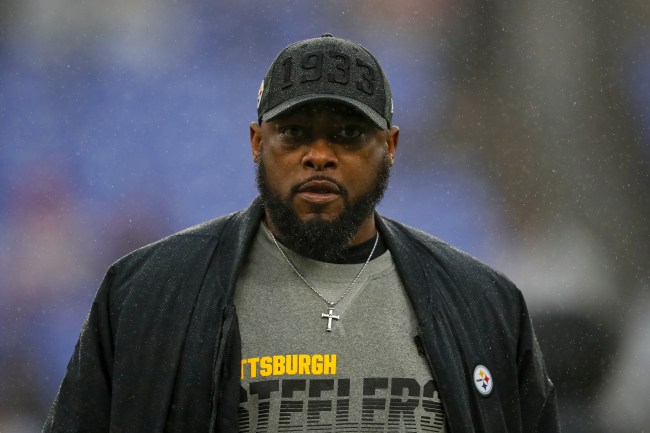 I can only imagine that the atmosphere between a winning and a losing NFL team’s locker room is a monumental difference. There is not a team in the NFL through 10 weeks that has done more winning than the Pittsburgh Steelers. Recently both quarterback Ben Roethlisberger and Mike Tomlin took some fun-spirited cheap shots at each other that you can only pull off if you are a winning football team.

According to NFL.com, there was some Grade A banter earlier this week when reporters asked Tomlin about the team’s upcoming game against the Jacksonville Jaguars being a “trap game.”

“We’re not a Big Ten team playing a MAC opponent this week. Every time we go into a stadium, we’re playing professionals,” Tomlin said in response. Well, his quarterback just so happened to play at Miami (Ohio) which resides in the MAC.

Roethlisberger wasn’t too happy with Tomlin’s comments about his former conference this week. According to Steelers reporter Will Graves, Big Ben said he’ll clap back when he figures out “what conference William & Mary is in.”

Ben Roethlisberger says he took exception to Mike Tomlin taking a shot at the MAC yesterday. Said he'll clap back at Tomlin once he figures out "what conference William & Mary is in."#shotsfired

William & Mary of course is the alumni of Mike Tomlin where he played wide receiver for the school in the early 1990’s.

Tomlin and Roethlisberger have been together since Tomlin was hired as the Steelers head coach in 2007 which is why you can expect the pair to fire away some cheap shots at each other. It is a clear result of the fun the Steelers have been having this year with both veterans of the team and the new young talent Pittsburgh has acquired.

Had the Steelers been 2-7 rather than the 9-0 they currently sit at now, you would be looking at an entirely different headline.