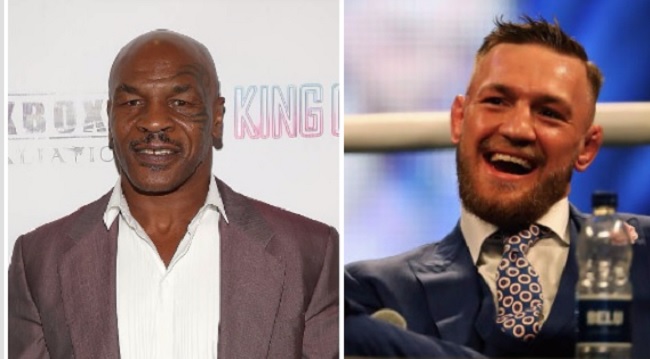 Add Mike Tyson to the list of people who believe that Conor McGregor doesn’t have much of a chance against Floyd Mayweather in next month’s fight in Las Vegas. On Monday, Tyson spoke with the guys over at Pardon My Take and said that he believes that “dumbass” McGregor is going to get absolutely killed by the undefeated boxer.

McGregor is going to get killed boxing. I got mad because I thought they were going to use MMA rules against boxing because that’s what it’s all about: Can the boxer beat the MMA guy? McConor [ put his dumbass in a position where he’s gonna get knocked out because this guy’s been doing this all his life since he was a baby. McConor [sic] can’t kick and grab and stuff so he won’t stand much of a chance.”

“McGregor took the biggest sucker rules in the history of boxing.”

Iron Mike isn’t wrong. this is going to be the most lopsided fight in the history of boxing yet everyone is going to pay $100 to watch it.