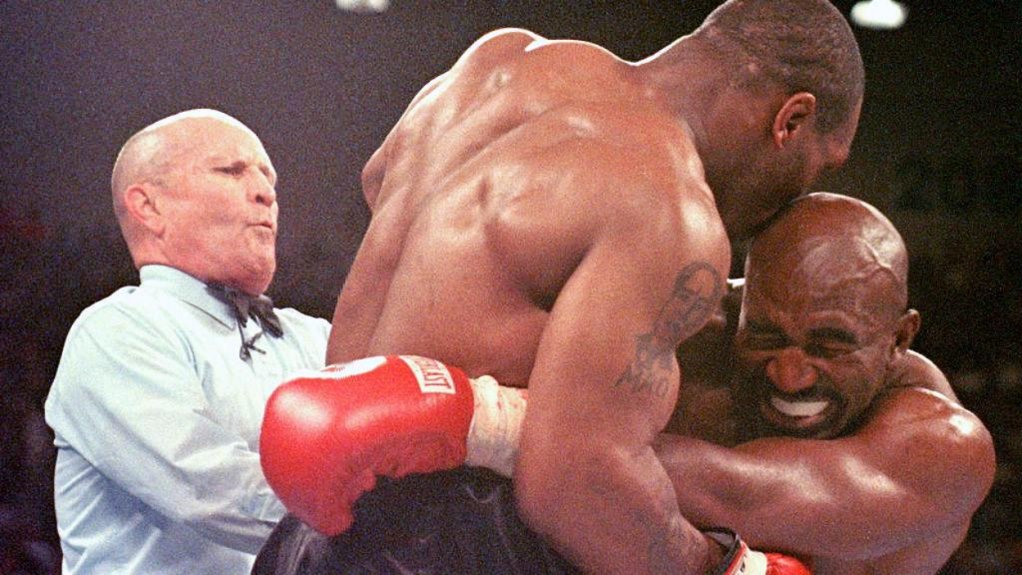 Mike Tyson has been a very wealthy man for a long time. This is in spite of the fact that he had to file for bankruptcy back in 2003 due to mismanagement of his wealth. In the two decades prior to filing for bankruptcy, he had reportedly made $400 million. And since he went bankrupt he has been raking in the millions every year.

Lately, a huge chunk of Mike Tyson’s earnings has come from his legal marijuana business that sells THC edibles in the shape of Evander Holyfield’s ear, which Mike Tyson famously bit in the ring on June 28, 1997.

Iron Mike biting off a part of Holyfield’s ear is still to this day one of the wildest moments in sports history. And according to Tyson, that moment alone had made him at least $30 million dollars since it happened.

Mike Tyson was a guest on the Checc-N-In Podcast (video below). The group was talking about Mike’s edibles and the conversation turned to the infamous ‘bite’ and Tyson was quick to reveal how many tens of millions he’s made from the bite alone. Here is the video along with Mike’s quotes.

First off, when asked about the edible THC ears Mike Tyson said “they’re always selling out.” He then reveals how much he made….

“I make so much off some f–king ears. Listen, I made so much money because I got fined $3 million for that… I might’ve made $30 million since that happened from that bite (alone). From taking pictures (pretending) biting heads and all that s–t. Do you know how important that was for people? White people wanting me to bite their ear.”

He added “I was fined $3 million and I tripled that by just playing like I’m gonna bite ears and all this biting s–t.” here is the clip below of Mike Tyson describing it. There is some profanity so just be aware of that (via SideAction):

Mike Tyson is, was, and will forever be a national treasure. The man went from biting Evander Holyfield’s ear in the ring and getting fined $3 million to flipping that into $30 million in the process. I’m not sure there’s a real lesson to be learned here for most people but it’s still incredible to see how it all worked out for Tyson in the end.