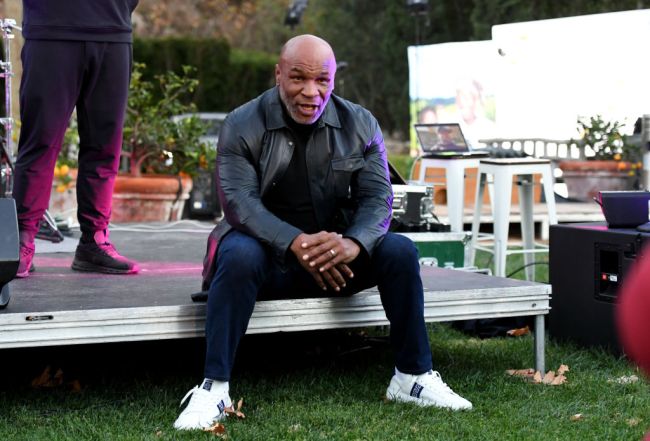 Is Mike Tyson’s cannabis empire about to cash in on a new product?

The former heavyweight champion’s cannabis company, Tyson 2.0, shared an Instagram stories pic of edibles in the shape of an ear with a bite mark, appropriately named “Mike Bites.”

The brand noted that Mike Bites have “landed in California.”

Mike Tyson’s weed company is making edibles in the shape of an ear. Genius pic.twitter.com/VOU3uAMzOf

According to a December 2021 press release, Tyson’s newly-launched cannabis company is distributed in over 100 California dispensaries.

The Tyson 2.0 edible branding appears to be a nod to Evander Holyfield vs. Mike Tyson II in June 1997 – the infamous Bite Fight where Tyson chewed off a chunk of Holyfield’s left ear in the third round. The match was halted and Tyson’s boxing license was revoked by the Nevada State Athletic Commission for over a year. He was fined $3 million-plus legal fees at the time for the unsportsmanlike assault.

Along with Tiger Woods’ Masters victory that year, the Bite Fight was arguably one of the biggest sports stories of 1997, forever enshrined in the cultural lexicon by endless late-night jokes.

It was quickly hailed as a “genius” marketing stunt by many.

While others were quick to point out that Evander Holyfield should be getting a piece of the pie since it is his ear.

In all fairness, Tyson should be giving Evander Holyfield a “bite of the pie”, if I may. It is HIS ear, a part of which he lost. https://t.co/uqsW6Hbtal

The former heavyweight champion has long aspired to be a cannabis tycoon. On a 2019 episode of his “Hotboxin’ with Mike Tyson” podcast, he claimed to spend over $40,000 a month on marijuana.

Also in 2019, plans were revealed for “Tyson Ranch”, a “luxury marijuana ranch” on 418 acres in the California desert with a massive lazy river. Tyson also eyed plans to bring the marijuana resort to the cannabis empire to Antigua and Barbados.

Tyson last stepped into the boxing ring in November 2020, in an exhibition fight against Roy Jones Jr. The fight went eight rounds and was judged a draw. Tyson announced that he smoked a joint before and after the fight at his post-fight press conference.

He remarked, at the time, that he was planning on concentrating on his growing his cannabis business.

An official release date for Mike Bites hasn’t been announced yet.

In the meantime, the Internet has jokes…

Is Evander Holyfield gonna release weed in the shape of a balled up fist, or what… https://t.co/yjNsDGNhXs