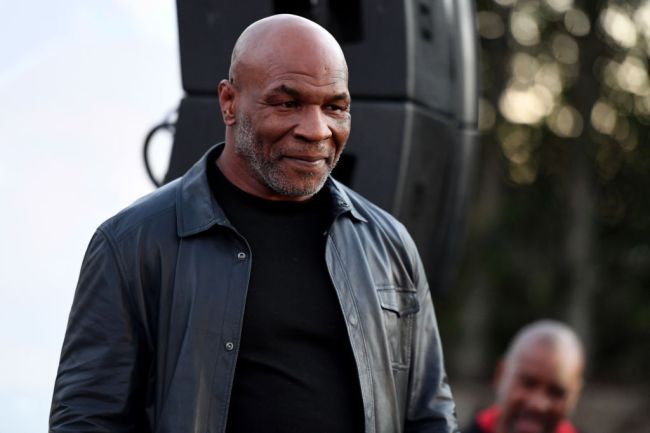 It has been 6 months since Jake Paul’s fans last had the chance to watch him stop into a boxing ring and there is still no indication of who he may be taking on next. He had previously indicated that he was planning to return in August, but nothing ever materialized and he remains without a next opponent.

Now one of the more interesting opponents that has been speculated about since that last fight has stated that he is interested in making a fight happen. Mike Tyson appeared on Jimmy Kimmel Live a few days ago and revealed that he wants to fight Paul this year.

“That could be very interesting,” Tyson said on Jimmy Kimmel Live. “I never really took it serious, but yeah, that could be really interesting. He’s skilled enough, yes. I’m [going] to give it to him, he’s skilled enough because he’s winning. Even if he’s fighting guys that you don’t believe are good enough fighters, they should be able to beat him but they can’t. He is beating people that he shouldn’t really be beating so you got to give him that credit. He’s beating people he really should not be beating. He is doing good for a guy that just doing it and he is doing so much good for boxing.

“Listen, this guy has seven million people following him every time he fights. The champions of the world don’t have that many people following them so what he is doing for boxing is just sensational. No one should be hating on that, let’s just fight ‘em. He’s helping everybody get money. Why are people mad at him?”

Paul later tweeted out the video and made it clear that is something he is also interested.

Thank you to the great Mike Tyson for the respect and opportunity. This year we are making it happen. pic.twitter.com/dlGQUf2EP0

Even though Tyson is about to turn 56 years old, it’s hard to picture Paul giving the former heavyweight champion too much trouble in the ring. Regardless, of how competitive it might be, the fight would surely big a massive ratings hit and would be a fun spectacle for fans of both of these men.

Maybe Logan Paul’s claims that his brother is “poor” because of his crypto investments will speed up negotiations for a fight with Tyson.