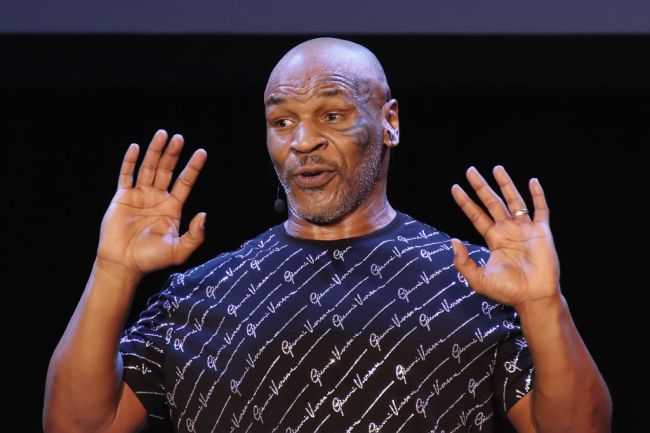 Mike Tyson does not want his son to become a boxer. His eldest, Amir, has shared his desire to fight Logan Paul and Iron Mike does not like the idea.

Tyson, considered by many to be the greatest heavyweight boxer of all-time, does not want Amir to fight the YouTube star and encouraged him to instead become a real estate agent.

The 55-year-old recently hosted boxer David Benavidez and ex-UFC champion Henry Cejudo on his podcast Hotboxin’. During the conversation, he offered up the advice he gave his son.

“I said ‘Man, just chill the f*** out.’ He wants to fight Logan Paul and those guys. He wants to do that.

“I said, ‘Man, just get a job. Get a real estate license. Just chill out, man. Why can’t you take advantage of your lightweight wealthiness? Just chill’.

“You don’t want none of that heat. I’m telling you. This drives people to commit suicide, getting humiliated in front of millions of people.

“You gotta be able to take that pressure and heat. Not many people can do it.

“It seems like a lot of people, but the people doing it is such a small percent. It’s probably one percent.”

Despite regularly training with their father, none of Tyson’s seven kids followed him into the ring.

Paul called out Tyson after taking Floyd Mayweather the full eight-round distance in an exhibition match in June. Amir, however, has been the one to show interest in accepting the fight.