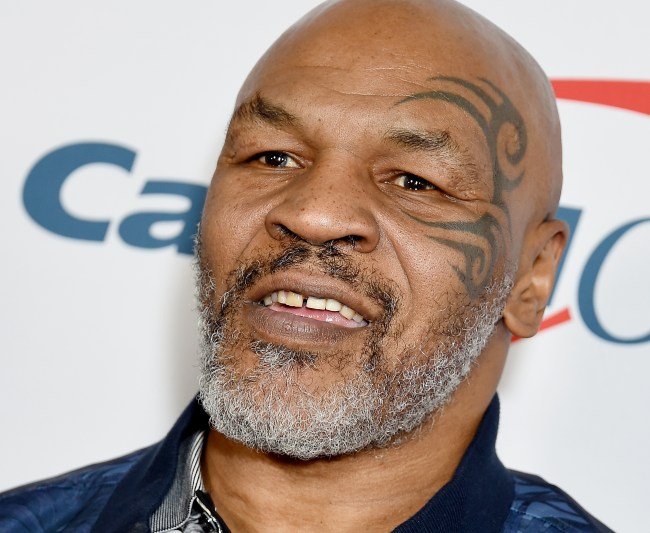 2019 Mike Tyson sounds more like a yoga instructor than the former undisputed baddest motherfucker on the planet. Just last month on the Joe Rogan Podcast, the 52-year-old claims he doesn’t even work out anymore because it “re-activates my ego.”

The once youngest heavyweight champion of all-time talks about his fighting days bashfully, as if he’s talking about another person–“I look at that guy as someone whose given me a platform to help me forget about that guy.”

Tyson revealed that the real struggle for him is juggling people’s admiration for the fighter he was, while not even respecting that man himself. The Tyson who told Lennox Lewis he wanted to “eat his children” has evolved into someone more tender. Never in a million years would I peg Mike Tyson for a lover, not a fighter.

With that said, a new clip has resurfaced and gone viral from the shooting of the 2017 action flick China Salesman. The film wrapped up shooting in August of 2016, so Tyson was probably nearing his 50s when the video was shot. Nonetheless, it’s still pretty incredible.

Iron Mike still got it 🔥 pic.twitter.com/S0dGHXnOG3

I spent way too much time scrolling through the sub-tweets. Here are the ones I laughed at the most.

If one of them punches land pic.twitter.com/96i23E1jHe

After you get hit with this combo: pic.twitter.com/XVHehV1oOE

Looking at your face in the mirror after that combo pic.twitter.com/5bfc6Ko3EL

If one of those punches connect. pic.twitter.com/JqTQ8uMsur

Me getting KO’d by the wind from those punches pic.twitter.com/mpo5QggrrX

if any of those hits landed pic.twitter.com/SUNqI8mTlw

To queue jump or for real, both similar moves, u the man Mike!🥊 pic.twitter.com/0WyWrjPWoT

Mike Tyson still got it: Confirmed.