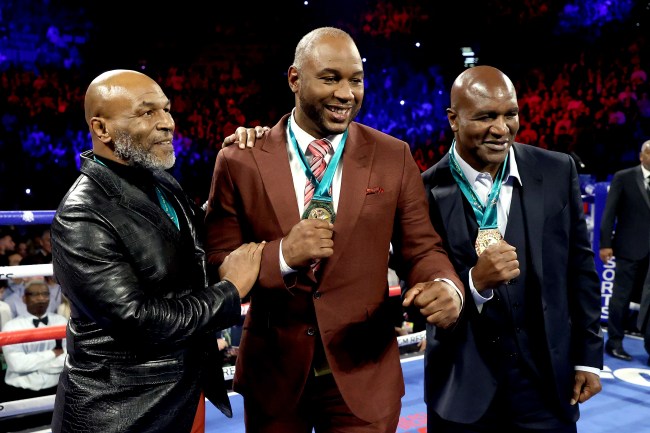 Mike Tyson made his way to Saturday night’s Wilder-Fury fight in Vegas and it seemed like he was to ready to throw some hands himself.

Before the fight, Chad OchoCinco met up with Tyson backstage for Bleacher Report’s coverage of Wilder-Fury 2 and Tyson immediately started questioning the camera man. Eventually Chad told Tyson the camera guy was cool but it’s safe to say the camera guy was scared for his life in that millisecond Tyson walked up to him.

Chad met up with Mike Tyson before #WilderFury2, and Tyson had to make sure our camera guy was cool 😳 @br_betting

The Internet had a good laugh at Tyson checking the camera guy.

Tyson: what you doing with that phone?

Tyson: What you doing with that phone ni…..