Hey Golf Is Back, Let’s Preview A Military Tribute At The Greenbrier And Make Some Picks 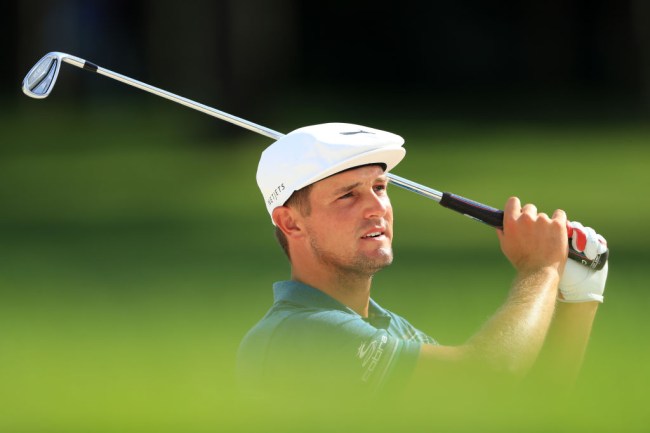 Fall golf is here, people, try to contain your excitement. A Military Tribute at The Greenbrier gets the honor of kicking off the fall swing which is new as the event usually takes place around the Fourth of July.

The Safeway Open has typically been the first event of the fall season but who wants to go play golf in Napa in September when you can go to White Sulphur Springs, West Virginia? Come on, West Virginia is a no-brainer.

When it comes to the 156-man field this week, a majority of the big names won’t be teeing it up. Marc Leishman, Bryson DeChambeau, Bubba Watson, Zach Johnson, Viktor Hovland and Kevin Na, who won last year’s event by five shots at 19-under, are a few names that jump off the page. John Daly is playing too, and that’s always something.

It’s worth noting that we’ll get our first look at the new cut-line rule with the Top 65 and ties will play the weekend instead of the Top 70. Also, the MDF rule everyone hated is gone.

The Old White TPC has been the only host of this event which began back in 2010. You may remember the major flooding it endured back in 2016 which resulted in the Tour canceling the event that year, but all is good this year at the bentgrass track.

The Par 70 is a pretty typical classic layout but checking in at right around 7,300 yards it’s one of the longest Par 70’s these guys face. They do get a little extra help however as it’s located 2,000 feet above sea level meaning they’re going to get a handful of extra yards.

Both Par 5’s are on the back-nine which is something to note, but the real signature here is that this week holds the only Par 3 finishing hole on Tour which will play around 180 yards.

With the classic layout you probably guessed that the greens are pretty typical both in size and undulation and you’d be correct; nothing too crazy on the putting surfaces this week.

There are 12 Par 4’s this week so Par 4 scoring is a good stat to look at as is driving accuracy, just like every week, but even more so here with trouble looming big time with missed fairways.

When watching the telecast this week be prepared to hear about Watson owning a place at The Greenbrier and how much his family loves the place. With that being said, him being comfortable here certainly doesn’t hurt his chances this week.

He’s finished 16th or better in three of his five starts here including a T-13 finish a year ago. While he’s certainly got the length and creativity to get around this course, the big kicker for Watson is keeping it in play off the tee. He’ll have chances to take less than driver off a lot of tees and with that, I like his chances this week.

Ok sure, I’ve picked Hovland pretty much every week since he turned pro, but this honestly just feels like the week he jumps in the winner’s circle. He finished fourth at the Wyndham to close out his PGA Tour season in August then had to go to the Korn Ferry Tour to earn his Tour card and did just that with back-to-back T-11 and T-2 finishes.

He’s actually played under the gun golf in recent weeks unlike most of the guys in the field and I think that plays to his advantage in a major way. There isn’t a weak spot in 21-year-old’s game and if the putter gets remotely hot he should be towards the top of the leaderboard come Sunday.

A win also gets him into the Tournament of Champions in January where his buddies Matthew Wolff and Collin Morikawa have already punched their ticket, and come on, Hovland can’t miss out on that.

The former Texas standout is coming into West Virginia hot going win, T-11 and T-7 in his last three starts on the Korn Ferry Tour which earned him his Tour card and the top spot on the Korn Ferry’s money list.

He’s one of many young guys in the field this week that could break through, but given his hot streak as of late and a classic layout like TPC Old White, I like his chances tremendously. He’s long enough and his approach game is very strong, two things that are a key to success anywhere.