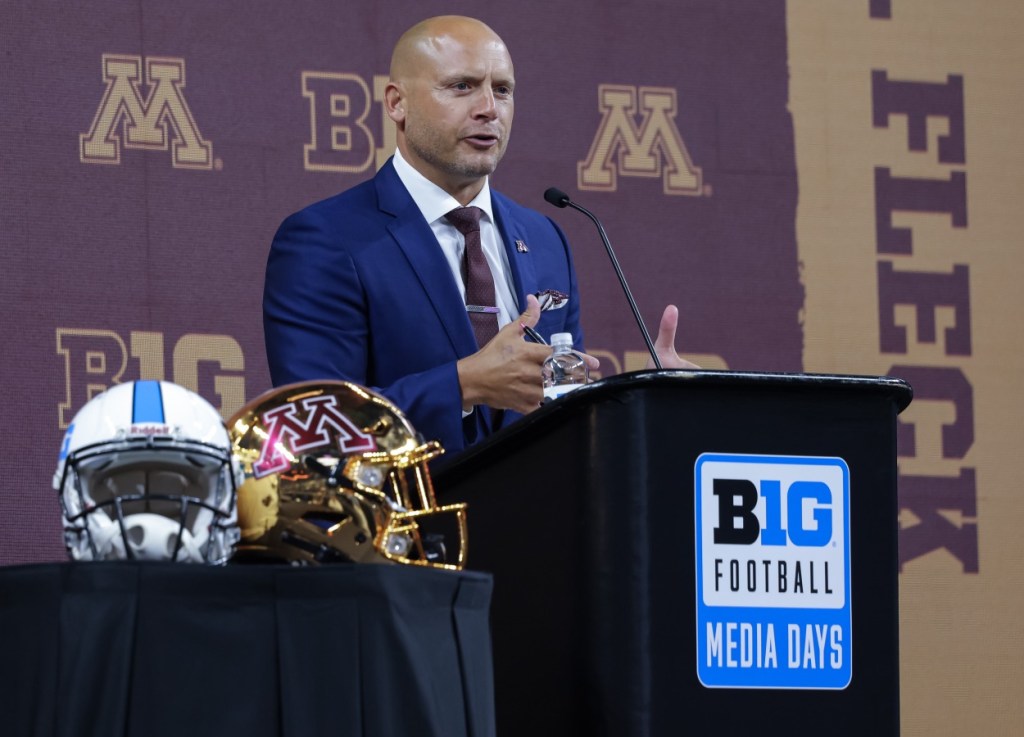 Minnesota Football is coming off a 9-4 season including a win in the Guaranteed Rate Bowl and the Gophers are looking to have a big 2022 season. Their projected win total is just 7.5 wins which doesn’t really reflect their success of the past few seasons.

As far as traditional uniforms go, Minnesota Football is always in the discussion for the ‘best’. Are they the best? Definitely not. But they’re in the mix with their classic color combination.

Forgetting the old adage of ‘if it ain’t broke, don’t fix it’, the Gophers debuted new black and white unis on Monday. Fans aren’t feeling them. I actually they are pretty slick but I’m not a Minnesota Football fan so I don’t really think I should insert myself into the discussion here. If the diehard fans hate them then they’re not the right choice.

Like I said above, I think the new black and white unis are pretty slick but the replies on Twitter indicate the fans aren’t into them.

Here’s what Gophers fans are saying about the new black and white unis.

Maroon and Gold. I really don’t like this “let’s have black uniforms because they look cool” trend that’s been going on for YEARS now. You can still have cool combinations with the school colors.

I’m an FSU grad and I enjoy when the Seminoles bust out the black unis on rare occasions but only because it’s rare. That seems to be a similar sentiment from Minnesota Football fans about these new black and white unis.

These look almost exactly like every alternate that Iowa State uses. I guess I don’t have a problem with it for a game or two, but if you go the way of the Cyclone, those might as well be your default home kits

Bring back the gopher unis?

Half the attire ppl wear on campus are black or white shirts with a maroon or gold M on it. Soo

But like, where is the classic maroon and gold?

There are also replies from Minnesota Football fans saying they like them. I didn’t include those tweets because it’s all ‘fire’ emojis or one word replies like ‘sweet’, but the black and white Gophoer unis aren’t being universally panned.

I suspect that the hate towards these unis is driven more by alumni and older fans and the students on campus will embrace these more. But that’s just a hunch. Now, it remains to be seen whether those students and the older fans will show up to games this season…

Minnesota football REALLY wants you to get tickets to its season opener. https://t.co/mV5f3vUOtd