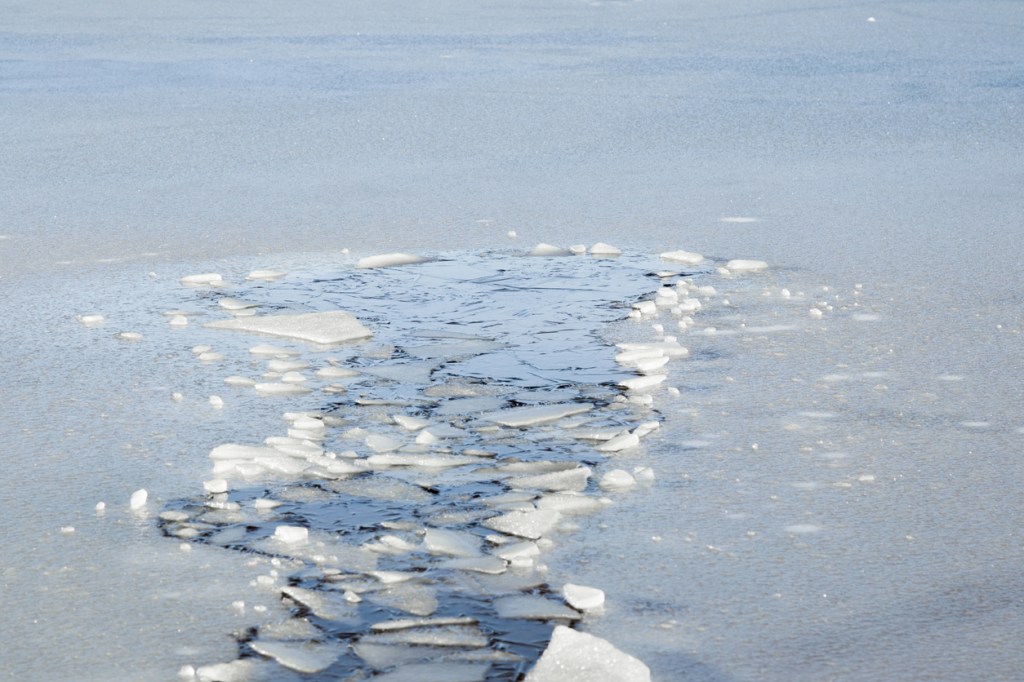 Even with the differing dates, most ice fishermen get their ice shanties off the lake earlier as temperatures warm and the ice breaks up. But there’s always one guy who waits too long…

Eric Best is an ice fishing / fishing guide on Minnesota‘s Lake of the Woods who waited too long this year to pull his shack off the lake. By the time he went out there to retrieve his ice house, he had to drive his truck through several feet of water and slush.

Eric works for a resort that rents these ice houses off and shared footage of the retrieval. What happened is this ice shack had customers in it that morning. They went out and picked up those customers from the ice house and then had to go back later and retrieve the ice fishing shack. During that short span of time the conditions on Lake of the Woods changed so drastically he was basically driving through floodwaters. It’s wild. Check it out below:

Here is the original video that was shared to Facebook that doesn’t have the profanity bleeped out, if you’d rather watch the raw footage instead of the local news coverage:

With all of that melted ice on top, surely the ice fishing is done for the season, right? Maybe not. There’s a still week before anyone with ice fishing shacks have to pull them off the Lake of the Woods. And according to Eric Best (who filmed this video) and comments on Facebook, there is still roughly 3 to 4″ of ice underneath all of that water and slush. So the ice is still pretty thick in some parts.

Is this normal for this time of year up there?

No matter how much time spent ice fishing I could have under my belt I’m not sure I could ever get comfortable with driving through slush and a broken up lake like that. I’d be convinced that the truck was going to plummet through the remaining ice at any given moment.

For more on Lake of the Woods fishing and its Minnesota State Fishing Records, you can click here to see recent catches.