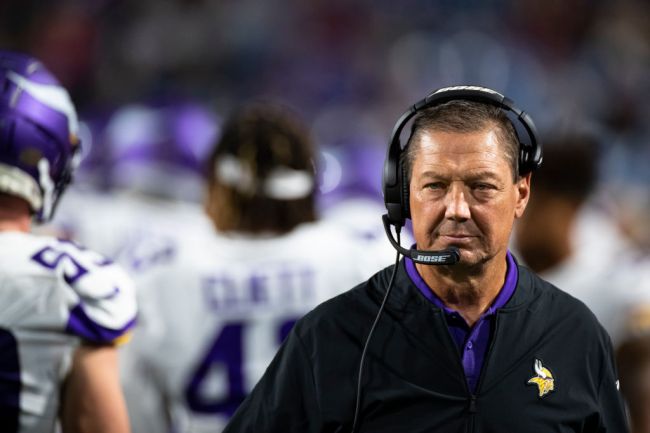 Minnesota Vikings assistant Rick Dennison has made the decision to not receive the COVID-19 vaccine, which means he’s now out of a job.

Dennison was preparing to enter what would have been his third season as the Vikings’ offensive line coach and run game coordinator. He is the first NFL position coach to leave his team after choosing not to receive a vaccine, according to ESPN.

All Tier 1 staff members, including coaches, front-office executives, equipment managers, and scouts are required to receive the vaccine. It has not been reported whether or not Dennison’s departure was a firing or a resignation, but given the NFL’s mandate for Tier 1 staff members and Dennison making this personal decision, I suppose you could call his exit an inevitable split.

Dennison has 27 years of NFL coaching experience and won three Super Bowls while coaching for the Broncos for 14 years. He also played for Denver from 1982-1990.

Given his 30+ years of being involved in the NFL, it’s safe to assume that Dennison is in a pretty solid place financially. The 63-year-old doesn’t want to get the vaccine, he’s stuck with that decision, and will now have to accept the consequences that the NFL has presented.

NFL Lays Out New Incentives For Players To Get Vaccinated

The NFL has not technically mandated the vaccine for players, but it indirectly did so with a list of new incentives for those that do get vaccinated.

A memo shared to all teams on Thursday explained that if a COVID-19 outbreak occurs among unvaccinated players then the team will be forced to forfeit games that are impacted and can not be rescheduled. If a game is canceled due to an outbreak, it’s not just the team that suffers the outbreak that will go without a paycheck that week, the opposing team won’t be paid that week either.

Update: Patriots’ co-offensive line coach Cole Popovich also won’t be with the team this season in a “decision related to the COVID-19 vaccine.”

And another – and probably not the last: Patriots’ co-offensive line coach Cole Popovich won’t be with the team in 2021 in a decision related to the COVID-19 vaccine and NFL guidelines, according to @MikeReiss.