The Minnesota Vikings Are Interested In A Shocking Head Coaching Candidate 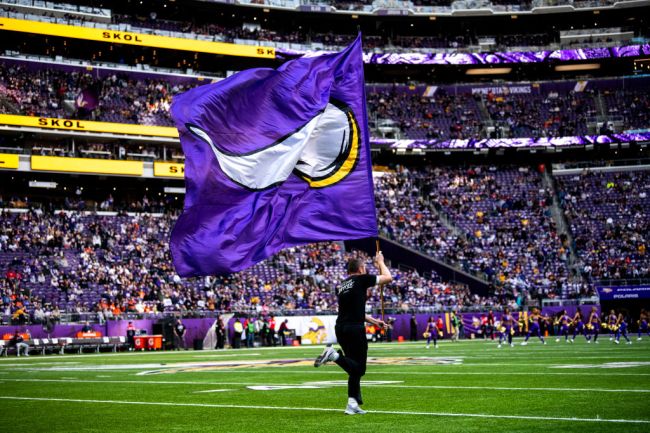 Every year, as NFL teams seek to fill their head coaching vacancies, we are hit with some surprising candidates. Last year, there was Urban Meyer. Two years ago there was Joe Judge. This year, we’ve already heard about Josh McCown and the Texans. Now the Minnesota Vikings have a shocking candidate of their own.

According to Albert Breer, the Vikings are interviewing a surprising candidate today and that candidate was one that their new GM specifically asked for.

Vikings interview Giants DC Patrick Graham today. Keep a close eye on this one. Graham and Vikings GM Kwesi Adofo-Mensah have built a strong relationship over the last year.

When Adofo-Mensah got the job, a name he gave the Vikes in his int'w was added to the HC search—Graham's.

This is not the type of hire you would ever expect from the Vikings here. Their new head coach should be under more pressure right off the bat than just about any other new coach. The Vikings were an 8-9 team this season and they should be returning most of their key players next year.

The new coach will be expected to quickly improve from this year’s 8-9 finish. Even 8-9 would be quite an improvement for Patrick Graham. The New York Giants won 6 and 4 games in Graham’s 2 seasons with the team. The year before, the Dolphins won 5 with Graham as their defensive coordinator.

This isn’t even a case of Graham impressing with a bad team. The Giants were at best an average NFL defense this season.

If the Vikings were to actually hire Patrick Graham as their head coach, it would be a shocking promotion for somebody who has never even been particularly impressive as a coordinator.