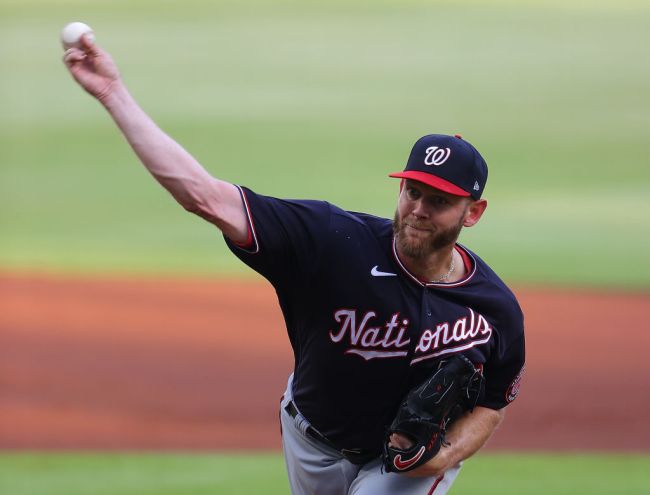 It’s truly a special occasion for fans of minor league baseball teams when they get to see the stars play for their teams. Of course, this only happens when the players are recovering from injuries, but these rare occurrences give fans the chance to see some of their favorite major leaguers play in a small ballpark in towns that don’t have much else in the way of major sports.

Two days ago, fans of the Fredericksburg Nationals were given one of these opportunities when Stephen Strasburg took the mound as their team’s starting pitcher.

For Strasburg, rehab starts have been an unfortunately frequent occurrence. In fact, this is the 6th time since making his debut with the Washington Nationals in 2010 that he has had to pitch in the minors.

Still, this most recent start from Strasburg seemed to give the announcer for the Fredericksburg Nationals plenty to get excited about as he had a wild call ready for every time Strasburg struck a batter out.

Strasburg gave the announcer plenty of opportunities to test out new catchphrases throughout this start. He was just as dominant as you’d expect against Low-A competition.

Strasburg pitched 5 innings in the game without giving up a hit and struck out 6 batters along the way, requiring the announcer to really step up his game to ensure he had a memorable call for each K.

Strasburg is still expected to make one more rehab start before returning to the majors, so one can only hope that game’s announcer can match this level of enthusiasm.