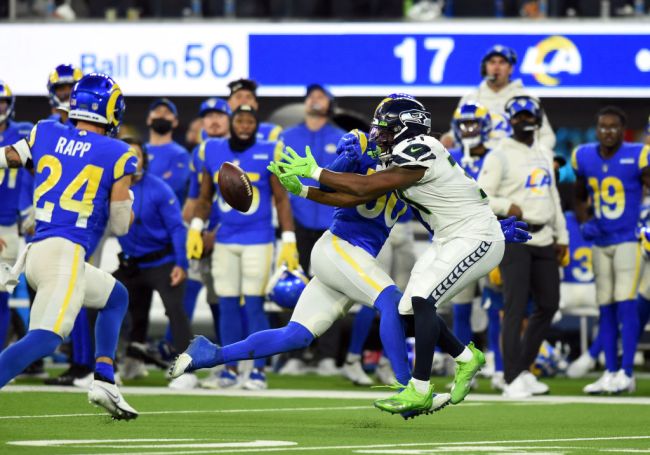 I’m a football fan — that’s my main sport. No, not the American version, but the European version. Don’t get me wrong, I love the NFL just as much as any regular joe, but a couple of years ago, when all of the Kaepernick/Trump/kneeling/CTE discourse seemed to overtake the sport, it just became too much of a drag. Luckily for me, my Pops was working in Liverpool at the time, so making the transition from being a Jets fan to being a Liverpool fan was quite easy, to say the least.

The reason I mention soccer, though, is because I’ll often say that nothing kills my enthusiasm for the sport more than the poor officiating. Despite being the fact that the Premier League is the greatest league in the world, the quality of the refereeing is just so, so poor. Depressingly poor. Don’t even get me started on Sunday’s Liverpool-Spurs game.

The NFL is, quite obviously, also suffering from quality-of-officiating issues, as virtually every week, there seems to be *at least* one truly awful call that even fans sitting on their couches are able to make, yet the professional refs actually calling the game routinely miss.

Those issues surfaced their ugly head on Tuesday night, as the refs in the Rams-Seahawks game missed a BLATANT pass interference call against DeeJay Dallas, who was absolutely leveled by Ernest Jones. Needless to say, NFL fans were left aghast by the truly awful missed call and took to social media to absolutely shred the refs.

Wow the non-PI on that Deejay Dallas catch is the new worst call of the 2021 season. Unbelievable!

The #Seahawks were objectively screwed on this one. pic.twitter.com/z8dpQqQ3z6

That was pass interference. DeeJay Dallas has a right to be livid. But him kicking the ball may have ended all hopes for Seahawks.

Anybody else still wondering how that DPI wasn't called in favor of DeeJay Dallas?

I’m sorry but the deep officiating in the Seattle Rams game has been horrendous. Big game changing calls on holding and pass interference that have not even been close to being right. Hard to imagine officials being that far off.

Refs when it’s time to call pass interference on the Rams in crucial situations pic.twitter.com/hf7rYVdb4T

With the 20-10 win over the Seahawks, the Los Angeles Rams moved to 10-4, which is good for the best record in the NFC West along with the Arizona Cardinals. The Rams will look to continue their quest for the #1 seed in the NFC when they take on the Minnesota Vikings on Sunday.