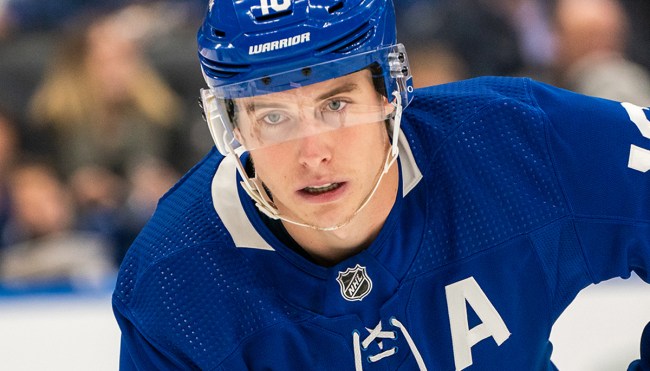 The Toronto Maple Leafs had yet another rough outing in the Stanley Cup Playoffs this year, as the team had the chance to advance to the second round of the postseason for the first time in seven appearances stretching all the way back to 2004 after pulling out to a 3-2 lead against the Lightning in their series.

Sadly, the franchise and its fans were treated to their latest dose of misfortune after Tampa Bay was able to mount a miniature comeback with two consecutive wins and extend Toronto’s losing streak in potential series-clinching games to 10 en route to ending their season.

However, we were treated to a reminder that those woes don’t mean much in the grand scheme of things following a terrifying incident All-Star Maple Leafs winger Mitch Marner found himself at the center of on Monday night in the suburbs of the city he’s represented since 2016.

According to The Toronto Sun, Marner and a friend were outside a movie theater in Etobicoke when they were approached by three masked men brandishing a couple of knives and a gun who subsequently fled the scene after seizing the forward’s Black Range Rover.

Sources say Marner was able to prevent the situation from escalating by immediately telling the thieves to “take it” after they approached the vehicle, and while he’s understandably “rattled” by the carjacking, neither he nor the person he was with was physically harmed.

Because the internet is a terrible place filled with terrible people, a few idiots inevitably used the news as an opportunity to troll Marner and the Leafs, but he has largely been offered an outpouring of support from fans and members of the media.

I’m so glad Mitch Marner is physically okay but I’m also hoping he can recover mentally from this, I know that has to be so traumatizing to experience that

The Mitch Marner story is a stark reminder that in the end, sporting heroes are just like the rest of us. Subject to terrifying random acts of violence that can change lives. Even put them in danger. Puts so much into perspective. Glad to hear he’s okay.

At some point Mitch Marner is due for some really good luck based on what he’s had to endure lately. Glad he’s ok after such a traumatic experience.