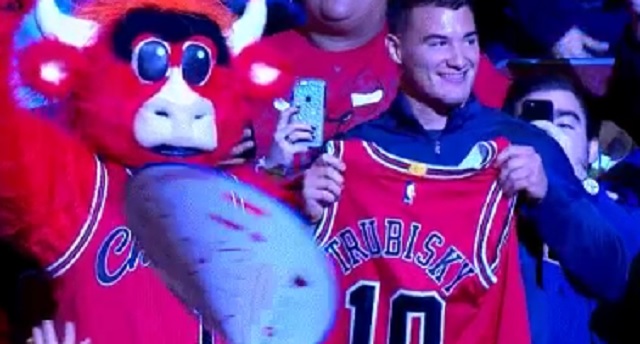 It seems like Chicago Bears fans are still pissed off at the team for drafting QB Mitch Trubisky.

Last night Trubisky made an appearance at the Celtics-Bulls playoff game in Chicago and got welcomed to a chorus of boos from the home crowd.

More boos than cheers for new #Bears QB Mitch Trubisky as he's shown on the video board at the United Center. He's here for the #Bulls game.

Mitch Trubisky is at the Bulls game tonight, mere hours after being drafted by the Bears.

Poor kid is going to be mentally broken before he takes his first snap on the field.