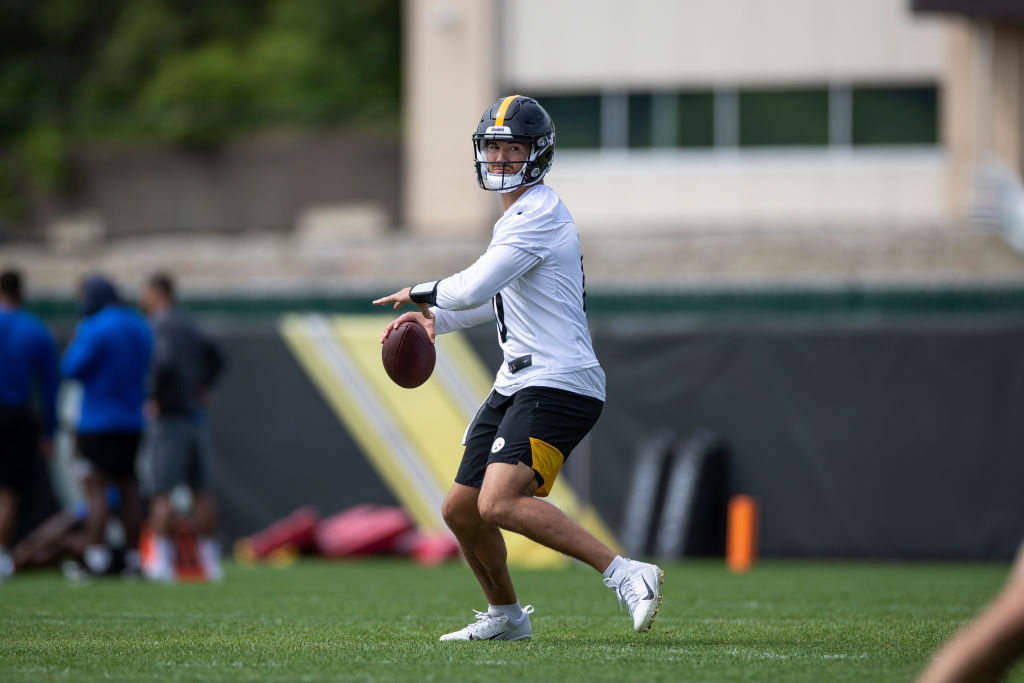 Mitch Trubisky is having a rough training camp.

According to The Athletic’s Mark Kab,oly the former Bears first-round pick has been struggling in camp with his throws.

Kaboly reports that Trubisky recently went 0-16 in the Steelers’ “seven shots” drill which puts the offense vs. the defense from the two-yard line. Kaboly also points out that Trubisky has gone just 4/23 during training camp while running that drill.

Trubisky has struggled at times, but he also has a lot of excuses. His 0-for-16 streak in the Seven Shots goal line drill was snapped on the first rep on Wednesday, but the overall numbers in that critical drill have been putrid — 1 of his last 19 and 4 of 23 overall. He has the most interceptions of all quarterbacks in camp, but he has spent the majority of the past week without his top four weapons — Najee Harris, Diontae Johnson, Chase Claypool and Pat Freiermuth.

Fans had some reactions to Kaboly’s Trubisky report.

Matt Nagy was A problem in Chicago but people gotta stop acting like Mitch wouldv'e been a franchise QB if he wasn't there https://t.co/w44Jyp36YG

it's training camp. just wait for the regular season, where Trubisky has historically been … also bad https://t.co/xMou1LutX6