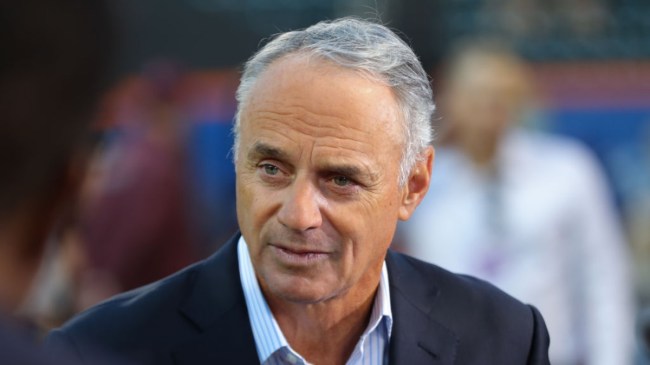 For some time now, rumors have swirled about how much longer the Oakland A’s will continue to call Oakland their home.

It is clear that the owner wants to move the team. He has even reportedly picked out where he wants to put the team’s stadium if they are able to move to Las Vegas.

Despite the clear intentions of the team’s ownership, the city of Oakland has been making their push to try and keep the team, which has helped maintain some hope that the team would just move stadiums instead of cities.

There hasn’t seemed to be much movement in either direction recently, but it seems MLB commissioner Rob Manfred’s opinion on the situation has shifted. Today, Manfred revealed to Chris Russo that he is no longer optimistic about the A’s staying in Oakland.

Commissioner Rob Manfred tells @MadDogUnleashed that he’s no longer optimistic the #A’s will remain in Oakland (‘It just doesn’t look like it’s going to happen’) and likely will move to Las Vegas. He believes the #Rays will stay put with a new ballpark in Tampa.

It really just makes too much sense for the A’s to move to Vegas. The sports world has seen what happened when the city got the Golden Knight and Raiders. Ticket sales have been unbelievably strong for both teams and the Raiders had the most expensive tickets in the league at one point this year.

It would be a huge boost for the team’s revenue and for the atmosphere at their home games as they have been near the bottom of the league in attendance recently.

Now it looks like even the league’s commissioner is preparing for the team to make this move.