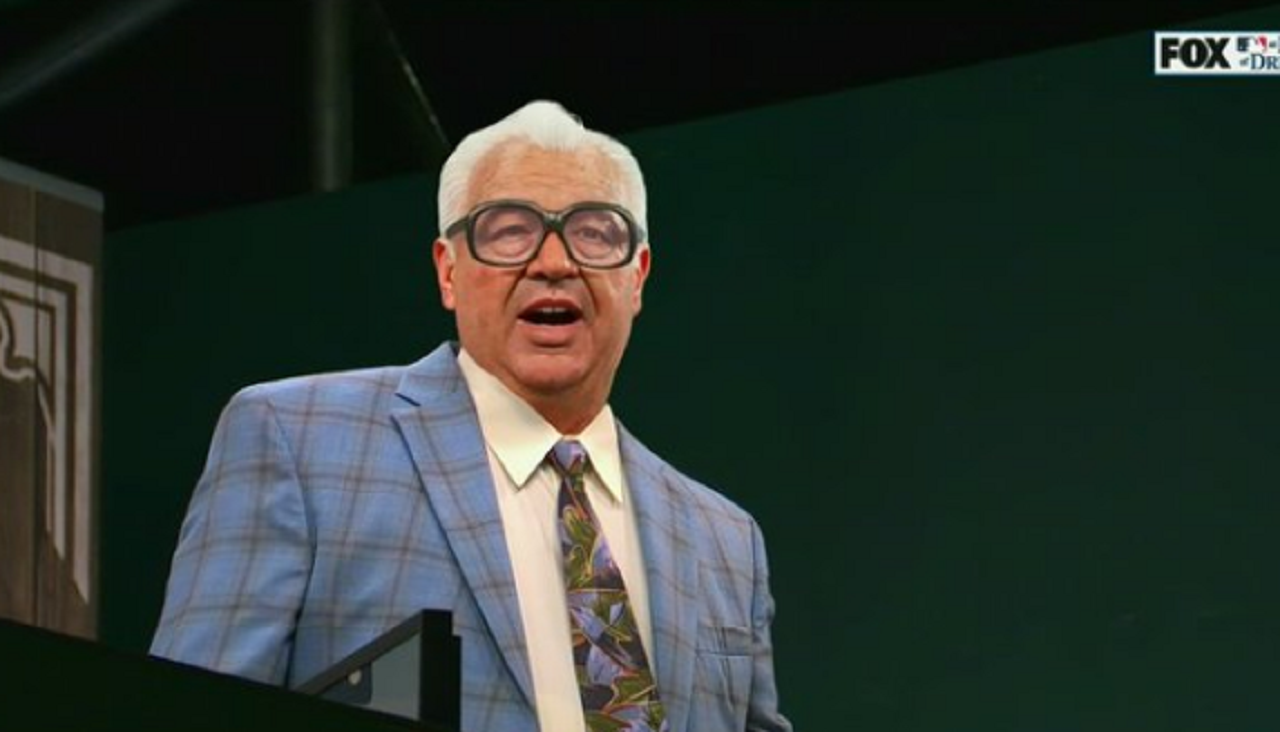 Fans were loving MLB’s Field of Dreams game until Fox decided to freak everyone out with creepy CGI.

Before Thursday’s big game, journalist Tim Burke reported that Fox would roll out a hologram of Harry Caray that his sources described as “unconvincing” and “possibly offensive.”

A man hears Fox is testing a reanimated Harry Caray in hologram form for tomorrow's Field of Dreams game? Someone who has seen the footage says it is "unconvincing" and "possibly offensive"

Burke’s report turned out to be accurate as a CGI form of the late announcer came out to sing “Take Me Out To The Ball Game,” and it was really creepy.

An all-time “Take Me Out to the Ballgame” only possible through the magic of Field of Dreams 🙏 pic.twitter.com/IC8yHrFZQT

Fans weren’t happy with Fox for busting out a hologram Caray during the broadcast.

NO THANK YOU to the Harry Caray hologram. pic.twitter.com/xAt1wiSSHE

Hologram Harry Caray or whatever that was will be the stuff of many, many nightmares.

No. Absolutely not. Get the hell out of here with your AI hologram ghost Harry Caray. pic.twitter.com/eszYcDa5vo

Hologram Harry Caray or whatever that was will be the stuff of many, many nightmares.