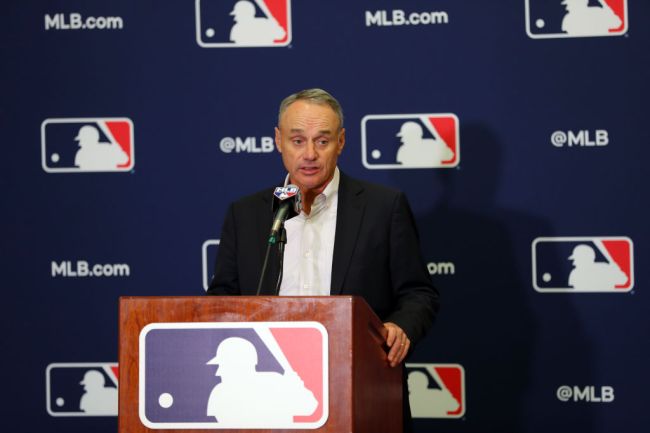 Things are going to get weird during the MLB’s first work stoppage in 26 years.

On Wednesday night, it was revealed that the MLB owners had decided to institute a lockout after failing to come to an agreement on a new CBA with the players union before it expired at midnight.

MLB owners have voted unanimously to institute a lockout, per @JonHeyman.

The CBA between the owners and players expires at midnight, and no new deal has been reached. pic.twitter.com/VESTfr8WLb

Not long after the lockout announcement was made public, all stories/content featuring active players were removed from MLB.com and team websites.

They've already taken down pretty much every story about an active player.https://t.co/ank1Uxa4Ry

You may notice that the content on this site looks a little different than usual. The reason for this is because the Collective Bargaining Agreement between the players and the league expired just before midnight on Dec. 1 and a new CBA is currently being negotiated between the owners and the MLBPA.

What in the world? https://t.co/hRQK94ZXLV has scrubbed its team sites of references to current players. Who does that help? Certainly not the fans who might wanna read about baseball: pic.twitter.com/lfOhQyNJhr

The MLB has officially wiped every piece of news from the News section of https://t.co/BDaPsmUA4P… this is not good pic.twitter.com/p6BP6T89Vg

Mets fans are as excited as ever, they are tripping over themselves to flood your website, and a top article is how the Mets were named? MLB could not be in worse hands https://t.co/qdFdCbwpLX