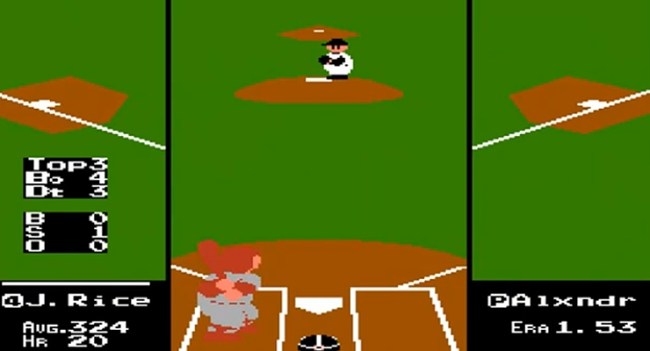 MLB: The Show has continued to push the limits of what a baseball video game can be after it (sadly) replaced the MVP Baseball series, whose final installment rivals Backyard Baseball and every game with Ken Griffey Jr. on the cover. However, none of those would be possible without the series that started it all: Namco’s R.B.I. Baseball.

While other baseball games existed at the time, R.B.I. changed the game by getting licensing from the MLBPA to have real players in the game instead of generic ones. This is notable because it allowed them to model and name characters after actual players for the first time (MVP Baseball fans might remember when Barry Bonds was replaced by a generic white guy named “Jon Dowd” because he and his ego were licensed independently).

It was also a good move based on the ability of some Japanese developers to come up with convincing American names.

fighting baseball for super famicom. some japanese guy had to come up with a whole league of fake american names pic.twitter.com/4lwzoBpg9f

Now, MLB is getting in on the nostalgia market with an updated version of R.B.I. Baseball that was recently released for the PS4 and Xbox One (according to SportTechie, it will be coming to iOS on March 27th as well as to Andriod and the Nintendo Switch later in the spring). Here are some further details:

Among the new features: a franchise mode to trade, sign and promote players who progress through a career; a Home Run Derby; detailed renditions of all 30 MLB ballparks; a cadre of available baseball legends to join franchise teams; and roster updates. And the graphics are immeasurably better than its aged predecessor.

Fortnite better watch its back.