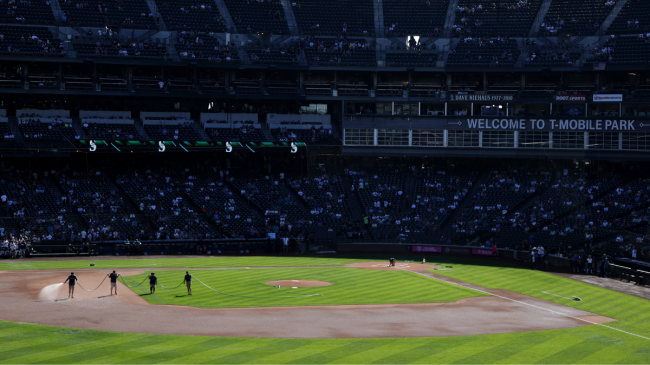 Major League Baseball is expected to look a bit different in 2023 according to a recent report. MLB writer Ken Rosenthal said on Thursday that the MLB would introduce a variety of changes, including pitch clocks, larger bases, and shift restrictions.

Now, these changes have been in the works for some time. Most notably, the pitch clock has been a talking point amongst MLB viewers as the league looks to shorten games. This has been implemented on the Minor League level, and it appears to be working.

While games are shorter, there hasn’t been a negative effect on run production or game result.

Pitch clocks may be the most talked about implementation, but the moves to ban shifts and add larger bases are also important. Increasing base size is more of a safety feature as it hopes to reduce collisions and injuries.

The shift restrictions come as a way to add offense. The shift is a tactical move by the defense to negate pull hitters, but unfortunately, those batters have refused to adjust. Many offensive approaches now revolve around getting the ball in the air and outside of the infield’s reach. In a way, this change rewards the offense for not making necessary adjustments which doesn’t sit well with some.

These rule changes have received mixed reviews from MLB fans. Take a look at the immediate reaction on social media.

There are aspects to like and dislike about each of these rule changes. Many traditional fans are against adjustments, though some have come around to the pitch clock. Speeding up the game shouldn’t be an issue if it doesn’t have an effect on the integrity of the game.

On the other hand, those that want to see more runs on the board are in favor of many of these moves.

Pitch clock: Good
Shift: Like saying 1st & 3rd base can't play in on bunt situation. Force today's players to learn how to hit other way like most past players. Pepper anyone?
Bases: Like the safety factor. Not sure about making game easier to play for some.

This fan says, “Wow. Banning the shift is the worst change ever.”

Wow. Banning the shift is the worst change ever

Another fan wrote, “Pitch clock is needed. The other 2 are nonsense.”

The other 2 are nonsense.

Some people want to see another change made – RoboUmps. A baseball viewer posted, “A rule limiting shifts hurts baseball. Let the hitters adjust like professional athletes do. Robo strike zone is the only change that could actually help the game.”

A rule limiting shifts hurts baseball. Let the hitters adjust like professional athletes do. Robo strike zone is the only change that could actually help the game.

We’ll see how these rule changes affect the MLB next season if implemented. Like them or not, fans will likely be seeing these adjustments sooner rather than later.