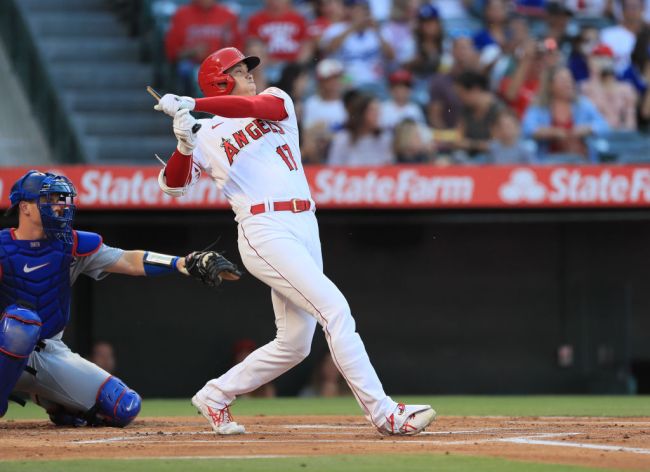 There hasn’t been much that has gone right for the Los Angeles Angels this season.

A couple of months ago they went on a lengthy losing streak that even Nickelback couldn’t fix. Even after they brought the losing streak to an end, they have continued to struggle, currently holding a 39-54 record that has them well outside the playoff picture. They even have Mike Trout on the 10-day IL right now.

According to a report today, it looks like some teams are interested in capitalizing on their misfortune. MLB reporter Jon Morosi revealed today that teams have been calling the Angels about a trade for Shohei Ohtani.

Sources: @MLB teams are calling #Angels to express trade interest in Shohei Ohtani, but the Angels are indicating they have no plans to move the superstar before the Aug. 2 Trade Deadline. @MLBNetwork @MLBNetworkRadio

They would never be able to put a duo like that together again and it’s difficult to imagine what an enticing offer for Ohtani would even look like. He’s coming off of an MVP season and he has a pretty good argument to defend that crown this season.

Right now, all the Angels can do is hold on through this season, hope Anthony Rendon is able to stay healthy and make an impact next season, and add some more pieces around Ohtani and Trout that can make them a playoff team.

No matter what, the answer for the Los Angeles Angels should never be to trade Shohei Ohtani.