Model Arrested For Jumping On The Field, Flashing Crowd During Super Bowl Says She Was ‘Just Living My Best Life’ 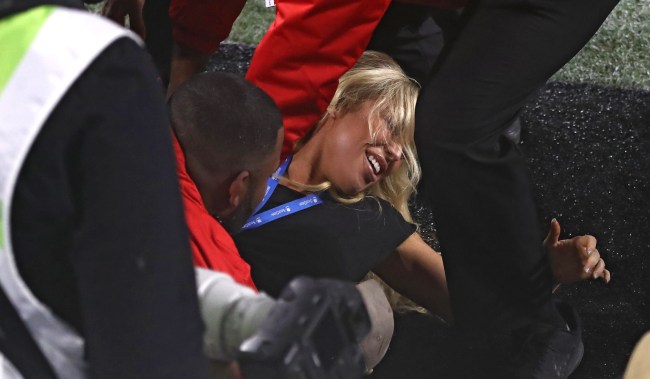 While the rest of the world was busy watching the Kansas City Chiefs steamroll through the second half en route to the team’s first Super Bowl victory in 50 years, Instagram model Kelly Kay Green was being held on misdemeanor trespass charges after attempting to run on to the field and flashing the crowd at Hard Rock Stadium during the first half of Super Bowl LIV.

Her failed attempt didn’t make it very far, she didn’t even get to the sidelines before being dropped by security, but despite that and the lofty cost of the Super Bowl ticket she basically wasted, Kelly Kay Green says she has zero regrets.

“Do what you want, when you want, life’s too short to have regrets. Thanks @nfl for having me‼️” she wrote on Instagram, proudly displaying her mugshot. 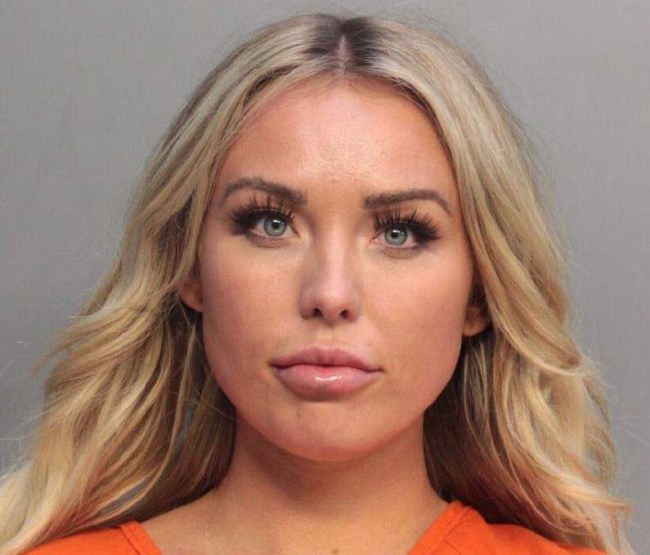 Following her release from jail on a $1,000 bond, the 27-year-old model appeared in a bikini by a pool in an Instagram story, saying, “Young jail bait out of jail. Fresh out the pen. Fresh out Dade County.”

Instagram model that ran out on the field during Super Bowl LIV pic.twitter.com/kLrKXBtwUR

She also spoke to The Daily Mail about her ill-fated escapade.

When asked why she tried to run on to the field, Kelly replied, “I was just living my best life.”

That’s certainly one way to look at it.

Green faces a maximum of one year in prison if convicted.