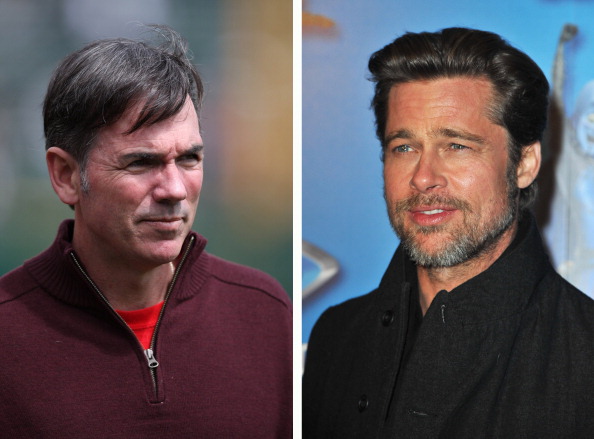 The University of Pennsylvania has signed an exclusive 3-year deal with Sparta Science, an injury management technology company that uses historic data to create models that can predict the risk of injury (both in volume and severity) for athletes. Sparta’s product, marketed as a way for athletic departments to minimize injuries while maximizing performance; has given teams a method of instituting an analytical approach to the athlete’s body (aka money ball for injuries). The software, compatible with triaxial force plates that measure biomechanical movement, offers custom training and rehabilitation programs based on the results of a 60-second test. Since Penn began working with Sparta Science two years ago, the athletic department has seen a 30% decline in the number of injuries and $400,000 annual reduction in related insurance premiums; which offsets the cost of the product.

Howie Long-Short: Sparta Science company could have pursued contracts with the seven other Ivy League institutions, but instead chose to look long-term; focusing on its product over short-term profits. The exclusive nature of the partnership provides Sparta Science with access to Penn’s medical school and to the Wharton School data analytics program; both are participating in research studies with the company. Sparta Science is privately held and has raised just a $2.7 million seed round to date, so there aren’t a ton of ways to play the company; but Qualcomm Ventures, the investment arm of Qualcomm, Inc. (QCOM) participated in the round.

Sports Crate, a division of Loot Crate, has signed an exclusive partnership with the NBA to provide fans of 13 teams (GS, CLE, NY, CHI, BOS & LA are all available) with a subscription box service. Courtside Crates, offered individually, quarterly or bi-monthly, will contain team apparel, collectibles and fan experiences including tickets to games and meet-and-greets with players. The boxes will be limited to ensure their collectability. Financial terms of the deal were not released.

Howie Long-Short: Since their launch in 2012, Loot Crate has experienced remarkable growth; acquiring 650,000 recurring monthly subscribers. The company was on the cover of Inc. Magazine, where it was named the nation’s “fastest growing startup” in the summer of 2016. The excitement surrounding that rapid growth has long worn off though, as the company burned through the $18.5 million it raised in June ’16 and was forced to lay off 27% of its staff. It does appear to be back on the right track with CEO Chris Davis making more responsible decisions. Loot Crate is privately held, but you can play the company through Time Inc. (TIME); a participant in last summer’s $18.5 million Series A round.

Fan Marino: I don’t subscribe to box subscription services, because I look to keep my monthly fixed expenses to a minimum. Dollar Shave Club, which reduces consumer spend on a necessary product, is one of few that I would consider. Sports Crate, as currently marketed, doesn’t do it for me; I want to shop for my own clothing. But if they introduce a box consisting solely of discounted game tickets and player meet-and-greets then they’ve got themselves a new customer.

Facebook continues to add live sports programming to its Watch platform, announcing a partnership with Stadium that will enable the social network to exclusively live stream 47 college basketball games this season. Stadium, a multi-platform sports network, will tailor the stream to the Facebook audience; communicating with fans in real-time and implementing social elements to the broadcast. The companies have aired 13 football games together this fall; generating over 10 million views. FB is paying Stadium for the rights to air the games, though terms of the deal have not been released. There is no cost for fans to stream the games.

Howie Long-Short: Stadium was created from a merger of Campus Insiders (live games), Time Inc.’s (TIME) 120 Sports (studio operations) and the Sinclair Broadcast Group (SBGI)-owned American Sports Network (distribution). SBGI reported a 3.3% YOY drop in Q3 earnings, but it hasn’t been all bad news for the company of late. The FCC just voted to relax rules limiting broadcast and print media ownership in a single market. That decision, combined with Bruce Karsh’s (Tribune Media Chairman) recent resignation, would seem to indicate that the company’s purchase of TRCO is likely to be approved by regulators. SBGI expects the sale to close by early ’18.