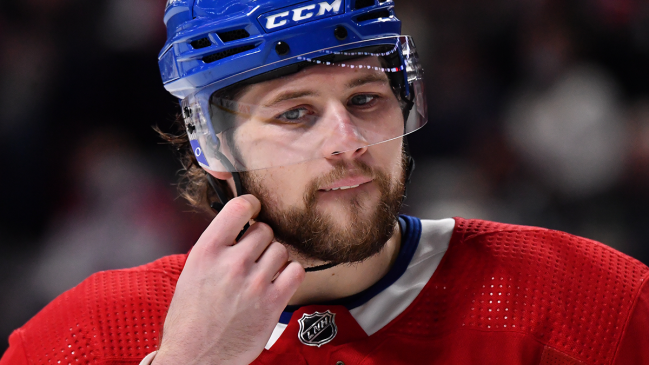 One of the more unique aspects of the NHL is the manner in which teams traditionally handle injuries.

While most franchises in other sports not named “the Miami Dolphins” tend to be fairly transparent when it comes to specific ailments athletes are grappling with, hockey players are usually ruled out due to vague “upper body” or “lower body” issues until they’re able to get back on the ice.

That reality is frequently manifested in one of my favorite annual traditions surrounding the Stanley Cup Playoffs. In the vast majority of cases, the public is kept in the dark when it comes to injuries until a team is eliminated or the Finals come to a close, which is when we learn guys managed to play while nursing broken bones, torn muscles, and other setbacks that would keep most normal people sidelined from their job for weeks.

That was also the case when the Montreal Canadiens kicked off training camp earlier this month, as Josh Anderson was unable to participate in practices due to an unspecified upper-body injury. He made his grand return to the ice on Friday and shortly after he was spotted on the rink, we got an update on the specific issue that prevented him from playing—which has to be a top contender when it comes to the strangest sports injuries of all time.

On Friday, Stu Cowan of The Montreal Gazette relayed what Anderson had to say when asked about the injury, which the winger revealed stemmed from complications from a spider bite that seemingly caused an infection that resulted in severe swelling in one of his hands.

Canadiens' Josh Anderson confirms that his upper-body injury was indeed a spider bite on one of his fingers that resulted in his whole hand swelling up. #HabsIO

It’s worth noting this isn’t the first time a player on a team in Canada has fallen victim to a spider-related mishap.

Anderson’s injury might sound odd, but he has nothing on former Toronto Blue Jays outfielder Glenallen Hill, who was once placed on the disabled list due to injuries he suffered after falling through a glass table when he ran out of his bed in the middle of the night because he had a nightmare that triggered his arachnophobia.