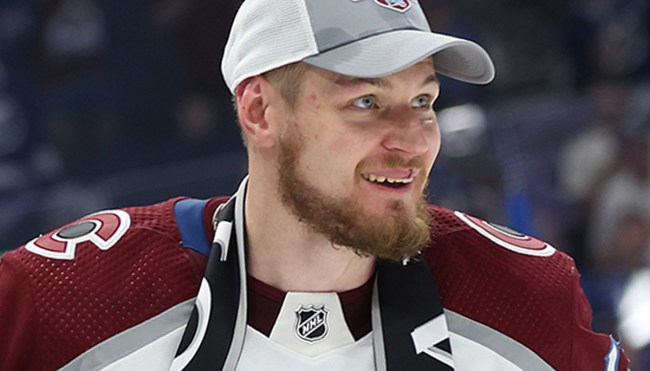 One of my favorite annual traditions involves the exit interviews that are held after the Stanley Cup Finals wrap up each year, which usually involve NHL teams sharing some details concerning the injuries that are typically (and cryptically) described as either “lower-body” or “upper-body” ailments when the players who succumbed to them are still in contention for a title.

That was the case after the Avalanche walked away as champions after dispatching the Lightning in six games, as it didn’t take long to discover a number of Tampa Bay players were combatting some pretty serious issues over the course of the postseason (none of which stood out more than Ryan McDonagh’s “mangled finger”).

The Avs also dealt with their fair share of setbacks en route to hoisting the Stanley Cup for the first time since 2001. Nazem Kadri may have been able to play through a thumb injury, but he wasn’t able to tie his own skates, and he wasn’t the only member of Colorado’s roster who needed some help suiting up.

Valeri Nichushkin didn’t let the foot injury he suffered in Game 5 stop him from playing in what would be the final contest of the series, and plenty of people were pretty amazed he was able to log close to 23 minutes of playing time based on a picture he shared following the victory.

Valeri Nichushkin played through a foot injury last night and couldn’t get his skate on without medical assistance, according to a league source. Once he had the skate on, it was a question of playing through the pain, which he was able to do for nearly 23 minutes of ice time. pic.twitter.com/VFTaWzhVgU

However, that has nothing on the X-rays he posted that showed just how serious it was, as the pictures he shared on Instagram appear to highlight a decidedly fractured metatarsal in his right foot.