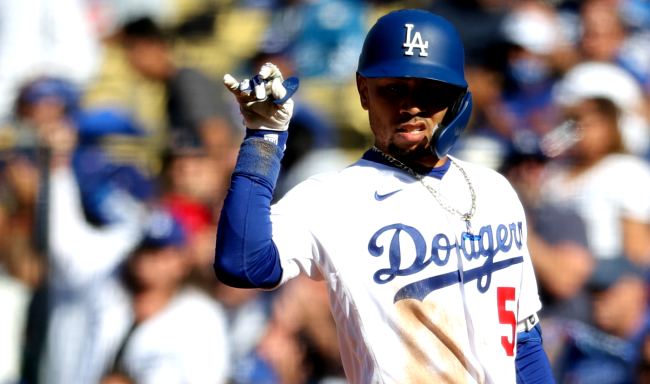 Los Angeles Dodgers star Mookie Betts may be locked out by Major League Baseball’s owners right now, but he’s definitely locked in when it comes to bowling.

For the second time since 2017 and fourth time in his life, Betts rolled a perfect 300 game this past weekend and shared his final strike on Instagram. Betts captioned the video, “This is how we roll! Just call me Mr. 300!”

The 29-year-old outfielder’s latest impressive athletic achievement garnered numerous comments from other athletes, astounded that he could bowl 12 straight strikes like he did.

“You prob didn’t like it,” teammate Justin Turner joked.

The last time we saw Mookie Betts bowl a perfect 300 game was at the Scorpion Championship at the 2017 World Series of Bowling at the National Bowling Stadium in Reno. That was the second time that he had competed in a Professional Bowlers Association (PBA) event.

Next thing you know he will be going online and dominating people in the virtual world.

Wait, you mean he’s already doing that too?!

Yep, last week Betts was streaming and mentioned that he wanted to take on one of the top pro gamers, Nice Wigg, in a game of Apex Legends.

The question was me vs @NiceWigg in #ApexLegends !! I had to be as truthful as possible! @playapex @Respawn #gamer pic.twitter.com/Tz128gJ9iU

He’s also pretty good at Call of Duty too.

And then there’s this…

Feel inadequate yet? I know I certainly do.