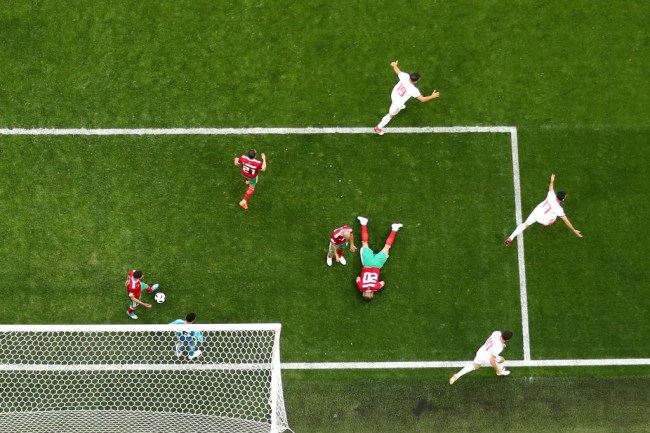 Iran got their first World Cup win in twenty years thanks to a mistake by their opponents late in the game. During stoppage time in this afternoon’s Morocco-Iran game, Moroccan player Aziz Bouhaddouz, who had just subbed in a few minutes earlier, unfortunately headed a corner kick into his own goal in the 95th minute.

Bouhaddouz heads it into his own net in stoppage time to give Iran the lead. pic.twitter.com/f9781h4ujt

This an absolutely brutal loss for Morocco who is in the same group with Spain and Portugal. A loss basically eliminates them from advancing to the second round because they really have no shot to beat any of these elite teams.

Bouhaddouz’s own goal is of course reminiscent of Colombian player Andres Escobar scoring an own goal that cost his team a game against the United States in 1994.

Escobar was later killed in his home country by drug lords as a result of the own goal. Hopefully Bouhaddouz doesn’t receive the same fate as Escobar or is ostracized by his home country because of this terrible break.