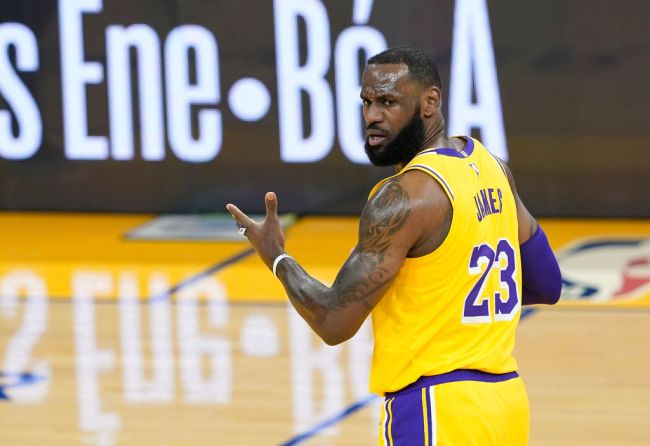 In case you haven’t noticed, people have strong opinions about LeBron James. Just like every other great athlete in history, there’s no real middle ground when it comes to LBJ, you either love him or hate him.

The latest map out of Sports Insider is based on geotagged Twitter data over the last month, with over 70,000 tweets, hashtags, and direct keyword phrases about disliking NBA players in each state tracked. Tweets containing phrases such as “I hate Lebron” were searched and noted.

According to the findings, James is the most hated player in the NBA in 24 different states. Kyrie Irving and James Harden were among the other most hated players in the league. Here’s the breakdown:

Overall only 6 players were consistently named:

There aren’t too many surprises on the map, but it’s always interesting to see where Alaska and Hawaii lean in these sorts of topics. Apparently, LeBron isn’t the most liked guy in Alaska while Hawaii isn’t full of Irving fans. Another unique note is Kevin Durant being the most hated player in Ohio and not Irving.

Congratulations to Paul George for making the list of most hated players with Arizona giving their nod to the Clipper.