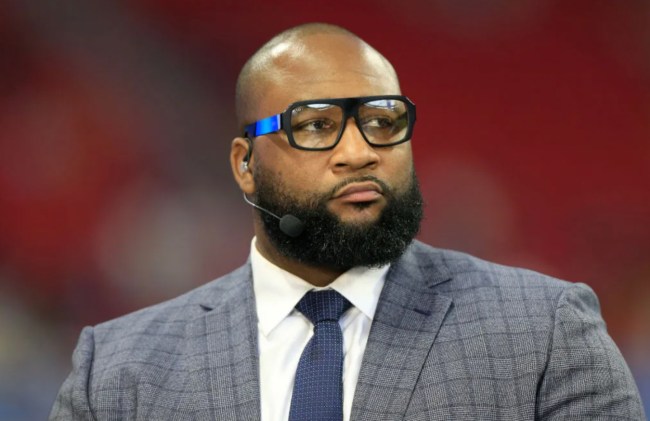 The 2022 NFL offseason has been one for the books, it’s undoubtedly been one of the wildest offseasons in recent memory. We’ve seen big-time players make moves all over the league, with skill players, especially quarterbacks, dominating the headlines.

Deshaun Watson to Cleveland and Russell Wilson to Denver have rightfully grabbed a majority of the attention from NFL circles, but a move involving a defensive player has ESPN NFL analyst Marcus Spears excited.

During Tuesday’s edition of NFL Live, the panel discussed the biggest offseason moves of the offseason thus far, and Spears pointed to J.C. Jackson signing with the Los Angeles Chargers.

“Listen, all of these receivers, all of this offense in the AFC West… somebody gotta cover ’em … And J.C. Jackson is as good as they come in the NFL,” Spears explained.

“[He’s] No. 1 for me, because these quarterbacks even out, these offenses even out… who’s gonna play some damn defense?”

What are this offseason's most impactful moves? @mspears96 shares his top five ⬇️ pic.twitter.com/KsLOCyV3jU

Spears’ praise for Jackson is certainly warranted given his stellar eight-interception season a year ago with the New England Patriots. He’s undoubtedly become one of the most lethal defensive backs in the NFL as he’s wracked up 17 picks over the last two seasons combined.

Jackson will now need to keep that consistent playmaking going and live up to the five-year, $82.5 million deal he signed with the Chargers in March.