Basically everyone will admit to jumping on the 15th-seeded Florida Gulf State University bandwagon during their NCAA Tournament run to the Sweet Sixteen back in 2013 while simultaneously badmouthing other fans who are suddenly interested in a team they previously never cared about once they started winning. You all are hypocrites. All of you.

It’s worth noting that every team has diehard fans who will stick with them through the thick and thin— the fact that the Cleveland Browns manage to sell more than 17 tickets at each of their home games is proof of that fact. However, common sense would seem to suggest teams that are actually good at their sport tend to be more popular.

Fanatics conducted a study by setting out to find the most loyal fans in the NBA, but based on the metrics they used to measure their devotion (attendance, social media following, and jersey sales) it’s pretty safe to say that it’s a good indicator of the most popular teams in the league in 2018.

With the exception of a couple squads who’ve been riding a wave of popularity thanks to having two of the most talented guards in NBA history. In a shocking twist, it turns out that teams who are good at basketball tend to be more popular than those who aren’t. 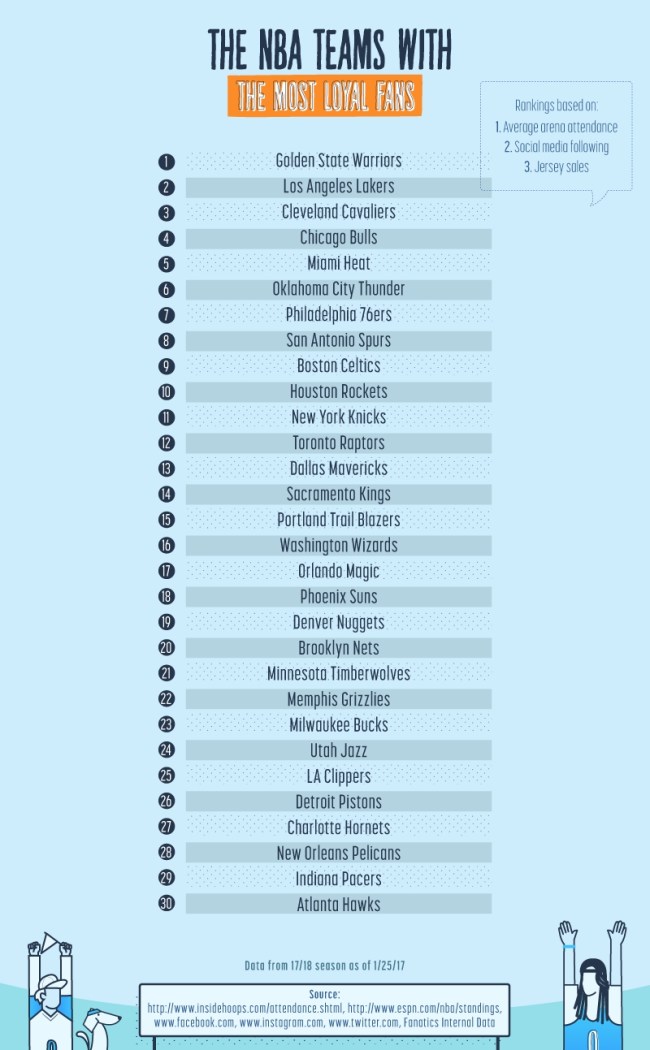 The Warriors also managed to take home the crown when it comes to total jersey sales, proving that having a team full of superstars and a couple of household names is a great way to ensure you crush the rest of the league when it comes to moving merchandise. 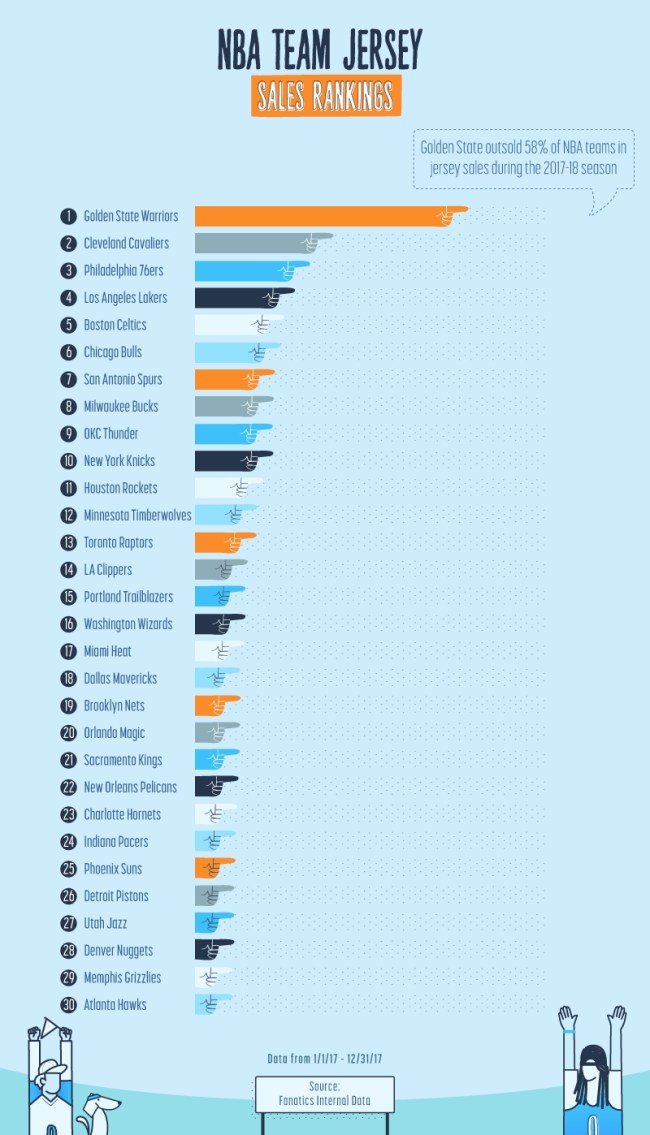 LeBron James might be a consummate bandwagon fan, but I’m willing to bet he can thank a lot of other ones for putting money in his pocket over the years.