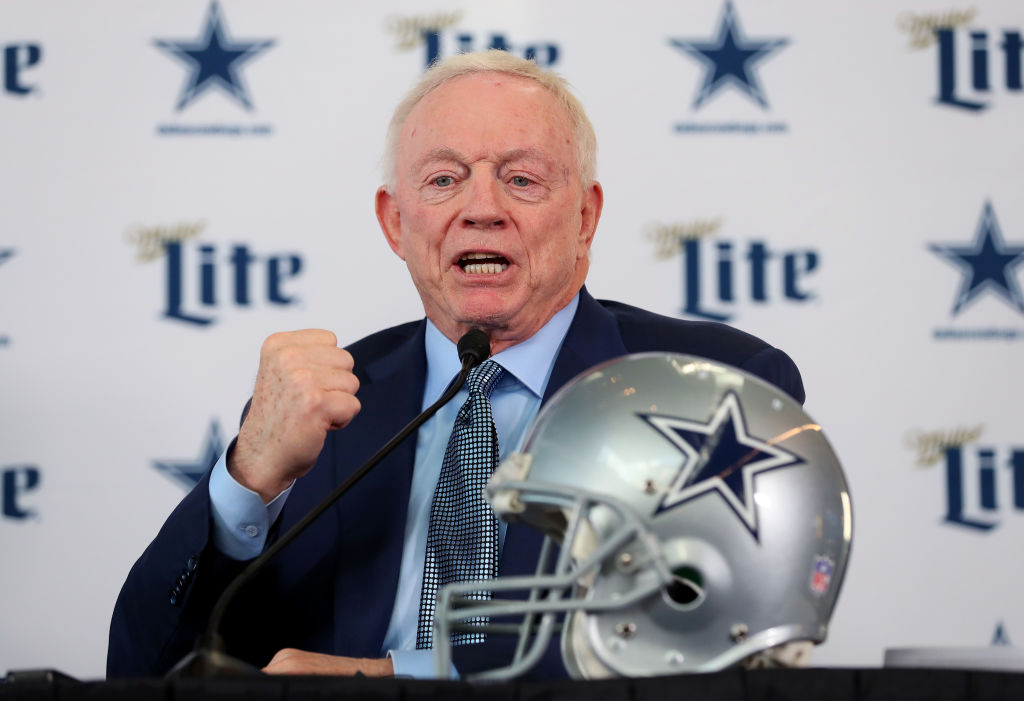 Jerry Jones and the Dallas Cowboys saw the team’s valuation soar 14% last year. They are now estimated to be worth $6.5 billion. That’s a full $1.5 billion more than the 2nd most valuable NFL team, the New England Patriots at $5 billion.

Some teams saw their valuations go up astronomically over the past year. The Rams and Washington Football Team went up 20%. And my Tampa Bay Buccaneers were the biggest movers with a valuation that went up 29% after winning the Super Bowl with Tom Brady. The Bucs are now estimated to be worth $2.94 billion and rank 21st amongst all NFL teams.

Forbes lists the Buffalo Bills as the ‘least’ valuable NFL team of 2021. I put ‘least’ in quotes here because the Bills are still worth an astounding $2.27 billion and their valuation went up 11% last year.

Most Valuable NFL Teams looks for 2021

Seeing the New York Jets in the top 10 blows my mind. I lived in NYC for nearly a decade. I’m fully aware at how diehard the fanbase is. But the Jets have been exceedingly mediocre for such a long time it makes no sense to me that they’d be one of the NFL’s most valuable teams. Yes, they have millions of diehard fans but are those fans pumping $$$$ into the team buying new merch every year? And the Jets don’t even own their own stadium!

Taking a step back and looking at some trends here, the NFC South has nowhere to go but up. That division is home to the 20th, 21st, 24th, and 25th most valuable NFL teams. And one of those teams just won the Super Bowl AT HOME.

If you want to see the methodology Forbes uses for their annual list and how each team’s valuation + operating income is determined, you can click here to see the full article on Forbes.