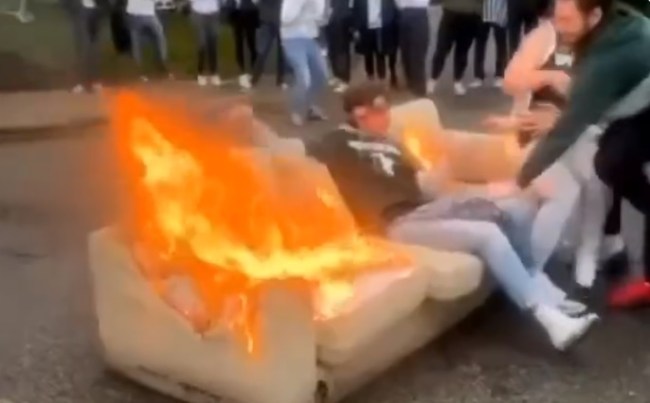 On Saturday MSU beat sixth-ranked Michigan 37-33 in an epic game that may have huge implications for this year’s college football playoffs.

After the game, MSU fans celebrated by burning down couches, flipping over cars, and kicking down car windshields.

I came for a couch burning and got a car tipping instead pic.twitter.com/Jil0pSqVTm

A vehicle has been flipped. Students currently celebrating atop and kicking in the windshield. @thesnews pic.twitter.com/3Xzj0RkY4x

One MSU fan took things to the extreme by sitting on a burning couch and getting set on fire.

Thankfully there were people around this guy to extinguish the fire before he got seriously hurt.