Muhammad Ali’s Son Gets Detained At Airport While Returning To U.S., Says He Was Asked About His Religion 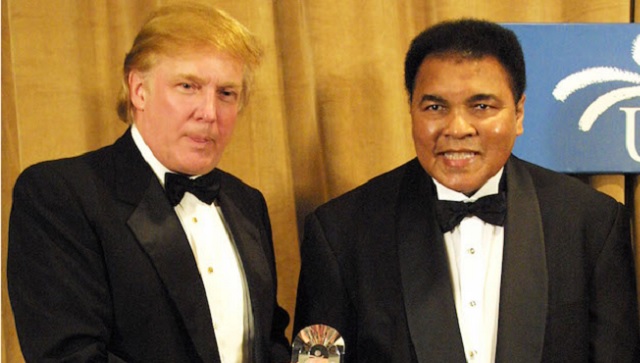 Muhammad Ali Jr., the son of Muhammad Ali, was detained by immigration officers at Fort Lauderdale-Hollywood International Airport and held for approximately two hours while he was on his way back to the states from Montego Bay.

According to Ali Jr. says he was questioned several times about his religion before eventually being released an hour later.

Muhammad Ali Jr., the son of Muhammad Ali, was on his way back from Montego Bay, Jamaica, with his mother and Ali’s first wife, Khalilah, when immigration officers detained them. She showed officers a picture of herself with her ex-husband, who died last June 3, so she was not detained. Ali Jr. had no such photo.

“This is an outrage,” says Chris Mancini, a former federal prosecutor and friend of the family. “I don’t know what is going on with Mr. Trump’s claim that his ban is not religion-based. We do not discriminate in this country based on religion.”

Mancini, the former prosecutor, says immigration officers asked Ali Jr. for his full name, date of birth, and religion. They held him for 30 minutes, then separated him from his mother, and took him to a small room. An officer returned a half-hour later and again asked him his religion, Mancini says. He was held for about an hour more before being released.

Ali Jr. clearly thinks he was profiled and discriminated and plans to sue U.S. Treasury and Homeland Security department according to TMZ.