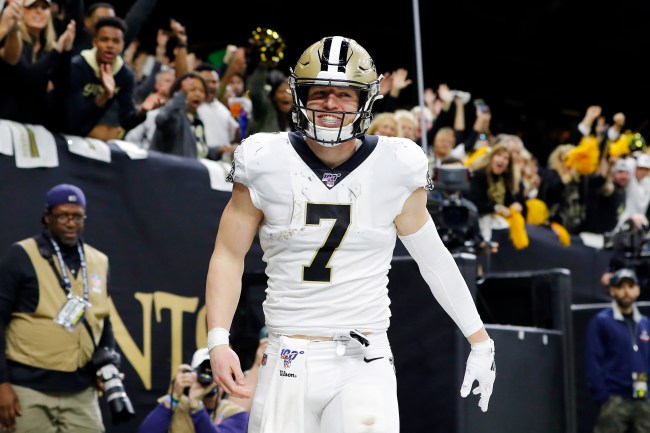 There could be a little friction behind the scenes in New Orleans about who should be starting.

Earlier this week it was revealed that Taysom Hill would be getting the nod over Jameis Winston.

Saints’ QB Taysom Hill will start Sunday vs. the Falcons, per source. Hill took all the starter reps at practice this week. Jameis Winston will be the backup.

According to ESPN’s Adam Schefter, multiple Saints players believe Winston should have been named the starter this week over Hill.

New Orleans coach Sean Payton struggled with choosing the Saints’ starting quarterback for Sunday’s game before ultimately deciding to go with Taysom Hill, but multiple players and people within the organization thought Jameis Winston should have been the starter against the Atlanta Falcons, sources told ESPN.

Payton knew that whichever quarterback he decided on — Hill or Winston — would lead to a specific and different type of game plan. The longtime coach went with the quarterback whom the Saints assured last spring — as he was signing his two-year extension — that he would get a chance to start if Drew Brees ever got hurt.

The Saints view this as a chance to get an evaluation of Hill at quarterback now and for the future, with Brees still likely to retire after this season, according to sources.

NFL network’s Ian Rapoport says the main reason the Saints want to start Hill is to see “what they have” with him.

Of all the reasons to start Taysom Hill over Jameis Winston, one stands out: #Saints coach Sean Payton “just wants to know,” those close to him say. Is Hill the next franchise QB? The evaluation starts today.

A look at what’s next: https://t.co/rMsx7qEooc

Well we’re all going to find out on Sunday if Hill is the real deal or not.