Three Must-Have NFL Players To Draft In Your Daily Fantasy Lineup In Week 17, According To A DFS Expert 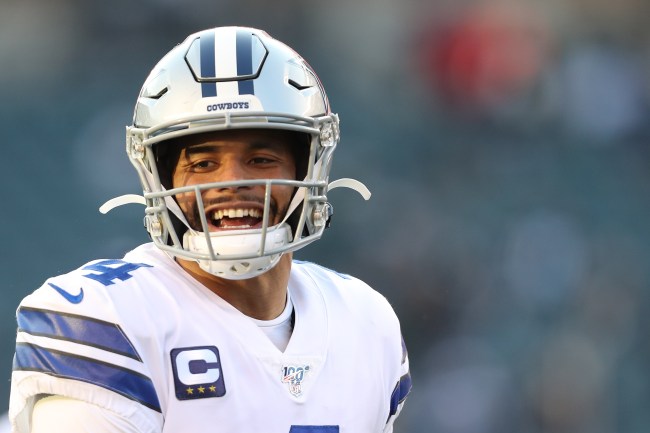 Crazy to think we are here in the final week of the NFL season. Week 17 always ends up being one of the craziest of the year, as teams are sitting players to get ready for the playoffs, or to give other guys a shot. Let ‘s see who we should be building around on the final regular season slate of the year!

QB Dak Prescott $6300
It’s pretty simple. Dallas is in a must win to have any shot at qualifying for the playoffs, and they get an amazing matchup against the Redskins, who gave up 5 touchdowns to Daniel Jones last week. The Cowboy’s are implied to be one of the top 3 scoring teams this week. I fully expect Dak to have a great game, and as only the tenth highest priced QB, that’s a lot of value.

RB Aaron Jones $8200
Jamaal Williams is a bit banged up, which means Jones gets workhorse like numbers, which we saw against the Vikings as he blew up. Jones gets a cake matchup against the Lions, and the Packers are as motivated as it gets. A win, and they get a first round bye and the 2 seed, with a shot at the #1 overall seed if they win and San Francisco loses. Look for the Packers to win handily, and Jones to play a large role.

WR Davante Adams $8000
Everything mentioned above about Jones, is pretty much in play about Adams. The last two weeks he has seen 13 and 16 targets. Maximum motivation for the Chargers. I don’t recommend playing both players in your tournament lineups, as you will be limiting the upside of your lineup. But I’d certainly have one of them in almost all my lineups.

Good luck in the final week of the season. Don’t worry, there are still big prize pools coming for the playoff slates too!