Three Must-Have NFL Players To Draft In Your Daily Fantasy Lineup In Week 4, According To A DFS Expert 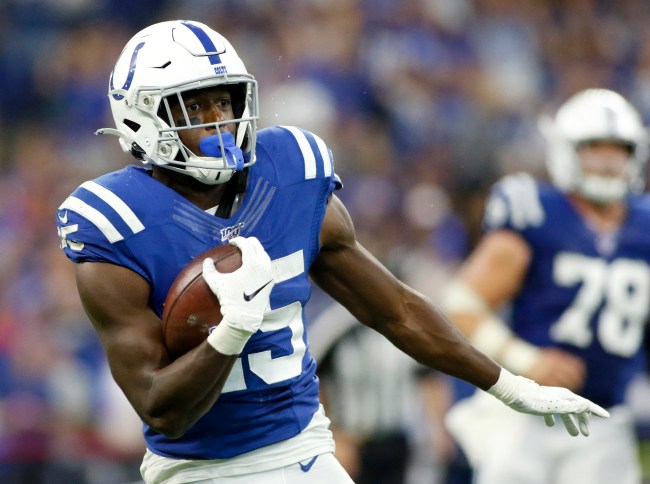 Week 4 is here, and we are starting to get some trends on teams and know what they are all about.

Did you follow along last week? If you played Mike Evans and Dalvin Cook like recommended…well, you were on your way up the leaderboard.

Let’s see who we are playing this week.

Marlon Mack RB IND $6100
Piggybacking on last weeks call of Dalvin Cook, we are going back to the well, with a running back not too pricey, in a home game, as a favorite, against the Raiders. Marlon Mack is averaging over 20 touches per game, while averaging 100 yards rushing, and has 2 touchdowns in 3 games. In a game we can expect the Colts to be leading, and with likely TY Hilton missing the game, we can project Mack to have a high touch floor. He’s extremely fairly priced.

Tyler Lockett WR SEA $6300
Lockett’s been peppered with targets the last two weeks, seeing 14 and 12 targets each week. A notorious touchdown machine, Lockett’s got two touchdowns in three games as well. Facing the highest paced team in the league in the Cardinals, who are also one of the worst pass defenses in the league, Lockett is in a prime explosion spot. Reasonably priced at $6300, Lockett should again see double digit targets, and multiple shots at scoring a touchdown.

Daniel Jones QB NYG $5300
As you can tell, I love spending down on QB. I look for players that should be in high scoring affairs, that give us the best upside for cheap. “Danny Dimes” fits that bill this week. With Saquon Barkley out for the foreseeable future, this offense belongs to Jones. Wayne Gallman, Barkley’s backup RB is less than impressive, so I expect the Giants to air it out. Jones also showed us rushing upside last week, rushing for 28 yards and 2 touchdowns, so it’s reasonable to expect a chance at a rushing touchdown this week. Saving salary with Jones, is going to let you spend up elsewhere.