Three Must-Have NFL Players To Draft In Your Daily Fantasy Lineup In Week 9, According To A DFS Expert 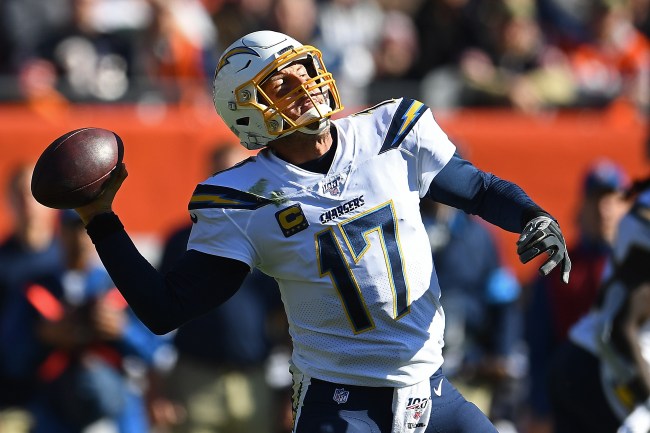 We are officially past the halfway point of the NFL season, crazy isn’t it? Let’s build off last week’s success as Jared Goff and Latavius Murray put up monster performances for us.

Let’s see who we are starting our lineups with this week.

QB Phillip Rivers LAC $5100
The pricing here sticks out like a sore thumb. Rivers is priced as the 15th highest quarterback, on a slate with only 20 QB’s. It just doesn’t make sense. Sure, the Packers have proven to be a “solid” defense this year, but the pricing here is just too good to pass up. The Chargers are only a 3-point underdog, are playing in the third highest over under, and are at home. It makes sense for us to take advantage of this pricing error, and have more money for other key positions.

RB Le’Veon Bell NYJ $7700
Bell got paid in the offseason, and has yet to turn in a vintage Bell game that we were accustomed to in Pittsburgh. While I don’t expect him to rip off multiple games like he used to, we get the Dolphins this week. They have been a target of ours all year, and this week should be no different. Bell’s struggled, but many of those games were without Sam Darnold. Against a terrible Dolphins defense, we can look for Bell to get back on track in a big way, and handle almost all of the teams touches out of the backfield.

WR Keenan Allen LAC $6400
If we are going to ride with Phillip Rivers, well he’s going to have to complete some passes. Allen has underperformed the last few weeks, so his price has come down to a bargain at $6400. Allen has the third most air yards in the league, trailing only Mike Evans and Julio Jones. This means he has some of the highest upside in the league on a weekly basis. As mentioned before, this game has a high scoring environment, and he’s beyond reasonably priced. I’m expecting a bounce back from Allen this week.

Good luck in Week 9 and I’ll see you at the top of the leaderboards.