Three Must-Have NFL Players To Draft In Your Daily Fantasy Lineup In Week 10, According To A DFS Expert 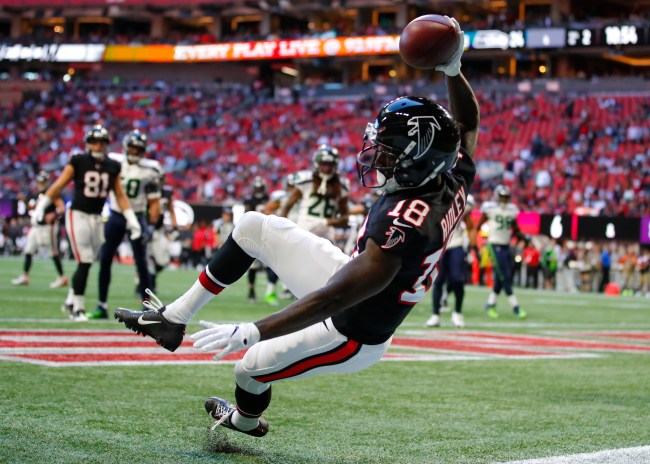 The calendar has turned to November, and another week is upon us in our quest to hit the “perfect” lineup. Let’s have a look at the players we are going to build our lineups around this week.

QB Matt Ryan ATL $6100
Ryan is coming off an injured ankle, but is expected to play this week. Ryan gets to face the Saints Sunday in a controlled environment in a dome. I expect Atlanta to be trailing, so Ryan should be getting a lot of passes off this week. Ryan’s been an extremely consistent QB this year, averaging 24.2 DraftKings points per game, with only one game under 20 points, which was 19.68 (not counting the game he was injured in). That’s amazing consistency. I expect more from Ryan like that this week, and like him as only the tenth most expensive QB on the slate.

RB Ronald Jones TB $4300
This is not the safest play, but there is certainly upside here. Jones was named the starter this week by head coach Bruce Arians. He’s very cheaply priced, and is a member of a high octane offense in Tampa. Combine that with the fantastic matchup against the Cardinals, and we have a recipe for some potentially great value.

WR Calvin Ridley ATL $5400
It always makes sense to stack your QB with a wide receiver in tournaments, so let’s do that here. Ridley is in a nice matchup, as I’d expect Julio Jones to be shadowed by Marcus Lattimore. With Mohammad Sanu being traded, there are also some extra targets to go around that I expect Ridley to grab. Ridley’s not too expensive, and could have a blow up week.

Tune in tomorrow and see who we are going to avoid this week. See you at the top!