Three Must-Have NFL Players To Draft In Your Daily Fantasy Lineup In Week 12, According To A DFS Expert 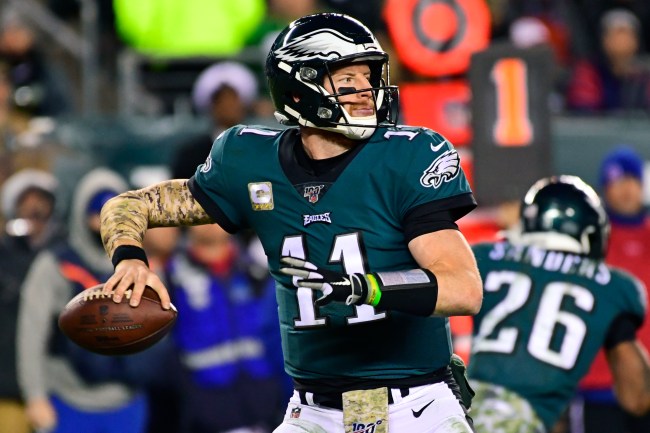 Hard to believe we are already in week 12, and we are preparing for the fantasy playoffs in only a few short weeks. Fortunately, for those who are already eliminated, we’ve got some big prizes to win on DraftKings. Let’s see who we are building our lineups around this week.

QB Carson Wentz Phi $5600
This week I think we have an opportunity to save some money at QB by paying for Wentz, the 13th highest priced QB on the slate. Seattle’s pass defense has left much to be desired this year, and the Eagles run game looked pretty putrid last week with Miles Sanders running the show. I’m looking for Wentz to put up solid numbers in what could actually be a sneaky shootout on Sunday.

RB Sony Michel NE $4600
Dallas’ run defense has been middle of the pack this year. The Patriot’s have been decimated by injuries to their WR corps, so I expect them to lean on the run a bit more than usual this week. With James White likely to have to help out in the passing game, I expect Michel to handle the bulk of the rushing workload. Even 60 yards and stumbling into the end zone once would give us a good return on the cheap Michel price this week.

WR Julio Jones ATL $8000
This is an explosion spot for Julio, and I’m tempted to put him in all of my lineups this week. We really haven’t seen a signature Julio game where we are left saying wow, but this could be it. He’s burned a lot of people in the last two weeks, which I think plays right into our hands. While others may avoid him because of recent performance, I’m ready to buy. Facing the abysmal Bucs defense, with no more Sanu to take targets, and Austin Hooper out, Julio could have a ceiling game here. He’s not outlandishly priced, so he’s going to be a staple in my lineup.

Good luck this week, see you at the top of the leaderboard!