Three Must-Have NFL Players To Draft In Your Daily Fantasy Lineup In Week 8, According To A DFS Expert 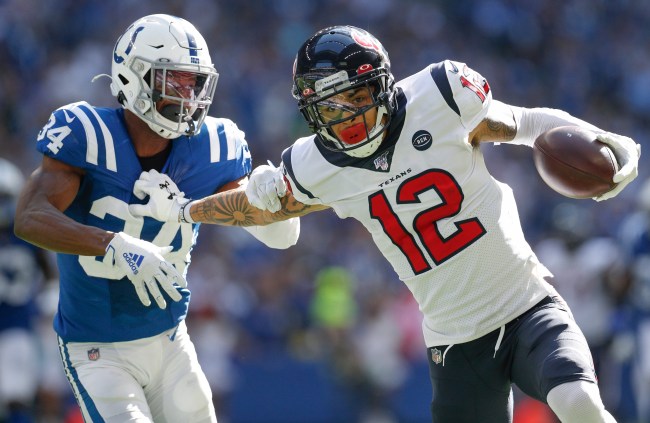 We’re flying through the regular season, as week 8 is upon us. We suffered a setback last week, as the Giants laid a stinker, with Danny Dimes and Evan Engram belonging on our fade list, rather than the play list. But, as the great Bill Belichick says, we are on to week 8.

Who are we building around this week?

QB Jared Goff LAR $6800
Draft Kings has really started to group the best QB plays together each week pricing wise, which is leading me to pay up at quarterback a little bit more than usual. Goff is going to face the Bengals who have the worst pass defense in the league. With the implied team total sitting at 31 for the Rams, I fully expect Goff to have his way with the Bengals, finding the end zone at least two times, if not more.

RB Latavius Murray NO $5800
The Saints are heading into a bye after this week, so I am expecting them to give Alvin Kamara an extra week of rest here. After the massive game Latavius put up last week, facing the Cardinals, a team we love to pick on, Murray should smash again. The Cardinals are one of the fastest paced teams in the league, and the Saints are a ten point favorite, so we should be able to get a very positive game script for Murray this week.

WR Kenny Stills HOU $4700
A nice bit of salary relief here. Will Fuller is expected to miss multiple weeks, so I am expecting Stills to step into his role. Stills has the ability to get down field, and gets a great matchup against the Oakland secondary. He filled in admirably for Fuller last week, going for 4 for 105 yards last week. Expect more of the same this week, at a nice discounted price.

Follow these plays, and let’s get back on track this week!