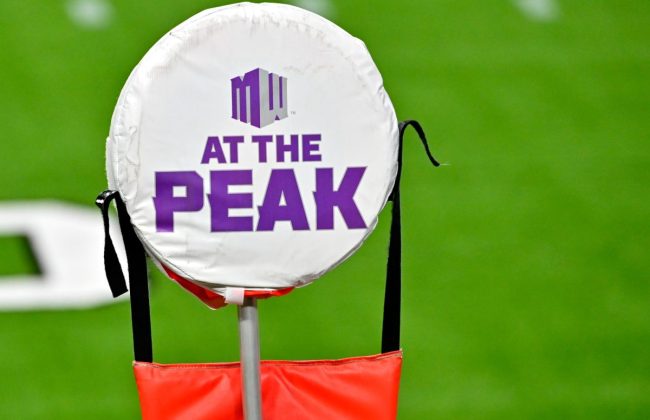 The Mountain West Conference posted an interesting graphic following the release of the preseason AP top 25 poll on Tuesday.

While no MWC teams cracked the rankings, there were a handful of notable representatives in the “receiving votes” section, meaning they were just on the outside looking in.

The media department took that as an opportunity to not only flex on the college football world, but troll a few other conferences in the process.

Unfortunately, it didn’t work out quite as they’d hoped.

The MWC attempted to troll the PAC 12 and Big XII by posting a graphic on social media saying they had the same or more “Top 44” teams in the polls compared to either conference.

Those teams were Fresno State, Boise State, San Diego State, Air Force, and Utah State. All ranked between No. 31 and No. 43 in the poll.

Those five teams may have outnumbered the PAC-12 and Big XII representatives, but both of those leagues did have Top 25 representation, including a few Top 10 teams. And everyone would agree that the Power Five conferences are better than their Group of Five counterpart.

It’s a strategy we’ve seen backfire on the conference in basketball season, where the league often struggles to get teams past the opening round of the NCAA Tournament.

Now, they’re making enemies on the gridiron, too. The reaction on social media was not kind.

Yes, because everyone loves referring to the top 44.

This is the worst flex of all time. Both the Big 12 and PAC 12 have more in the top 100 than the MWC. see what happens when you pick arbitrary numbers?

Many fans noticed that none of those MWC teams were actually among the top 25 teams in the poll, which led to even more criticism.

How many in the Top-25, where it really counts?

The MWC’s “Top 44” tweet didn’t quite work out for them, but there will be a chance to prove things on the field. Utah matches up with San Diego State, a matchup the Utes lost last year.

There are also contests between SDSU and Arizona, Boise State and Oregon State, Air Force and Colorado, and Fresno State and USC. We’ll see if the league can back up the preseason talk by showing out on the field, or if this will become bulletin board material for upcoming opponents.