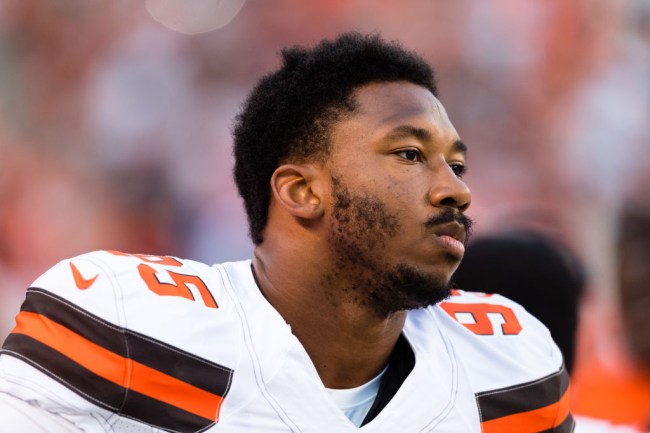 Over the weekend, ESPN’s Adam Schefter reported that UCLA QB Josh Rosen was considering staying in school for another year to avoid getting picking the Cleveland Browns in the upcoming NFL draft.

UCLA quarterback Josh Rosen would prefer to play for the Giants over the Browns and would be hesitant to come out in next year’s NFL draft if he knew that Cleveland was going to take him with the No. 1 overall pick, according to league sources familiar with the situation.

Privately, Rosen has expressed concern about winding up in Cleveland and would rather be with a more stable franchise, such as the Giants.

Rosen plans to sit down with his parents after the Cactus Bowl for a “serious conversation” before making a final decision about whether to turn pro. Whether Cleveland has the No. 1 overall pick could influence his decision, according to a source.

Myles Garrett, the Browns 2017 first round pick, had a message for Rosen and other top college prospects who don’t want to get drafted by the Browns.

While Garrett has a point you can’t blame Rosen for making a business decision and not wanting to play in a place where QBs go to die.