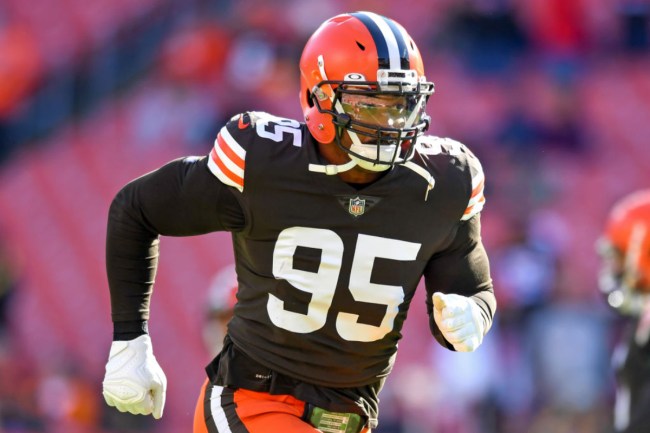 Since the Cleveland Browns traded for Deshaun Watson, the number of civil lawsuits alleging inappropriate sexual conduct against the QB has only increased. Cleveland trading for Watson was questionable, to say the least, but what do his new teammates think of their new signal-caller?

Myles Garrett spoke to the media about Watson earlier this week. While he wouldn’t get into details about Watson’s many ongoing legal battles, he made it clear that Watson is “a good guy” based on his interactions with him thus far.

“From what I’ve seen, he’s walked the right way, and whether he’s had a slip-up or not, I’m not the judge, I’m not the jury or the executioner, Garrett continued.”

Watson has vehemently denied all of the allegations against him since the first lawsuit was filed.

Two grand juries in Texas have declined to pursue criminal charges against Watson. As for possible disciplinary action from the NFL, the league is investigating whether or not Watson violated its code of conduct policy.