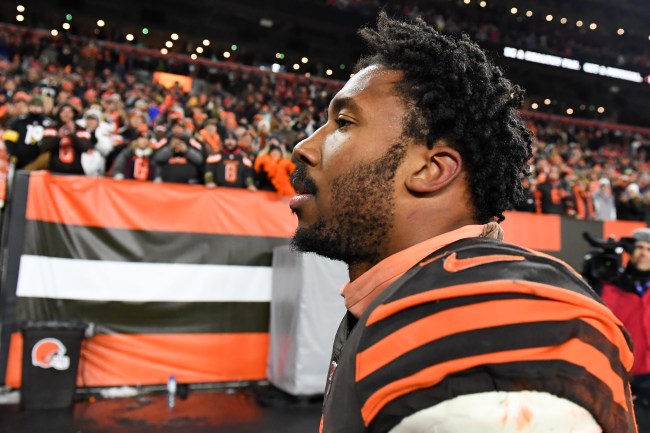 Myles Garrett is standing by his accusations against Mason Rudolph.

On Thursday afternoon it was reported that Garrett had told Mason Rudolph had used a racial slur before their brawl on Thursday night football.

In an appeal with the NFL, Browns’ DE Myles Garrett alleged that Mason Rudolph called him a racial slur prior to last week's brawl on Thursday Night Football, sources told ESPN's Josina Anderson and me, an accusation the Steelers’ QB strongly denies.https://t.co/NUQfAJdo6B

"This is a lie" — Timothy M. Younger, Mason Rudolph's attorney, statement on the Myles Garrett accusations of the Steelers QB using a racial slur pic.twitter.com/Axo4NOjoSd

The NFL denied Garrett’s appeal and issued a statement saying they did not find any evidence that Rudolph used a racial slur on the field.

NFL spokesman Brian McCarthy said the league looked into Myles Garrett’s allegations that Mason Rudolph used a racial slur last Thursday night before the brawl “and found no such evidence.”

Garrett would take to Twitter to claim that he was assured that his accusations at the hearing weren’t going to be made public but he insists that Rudolph did call him a racial slur during the game.

According to an online report NFL films did not mic up anyplyers during the Bronws-Steelers game which means we may never get a definite answer on whether Rudolph uttered the racial slur.

am hearing from two people who would know that NFL films did not mic up any players for this particular game, so ignore this (NFL Films mmmmay have exaggerated in the past their audio coverage of each regular season game)